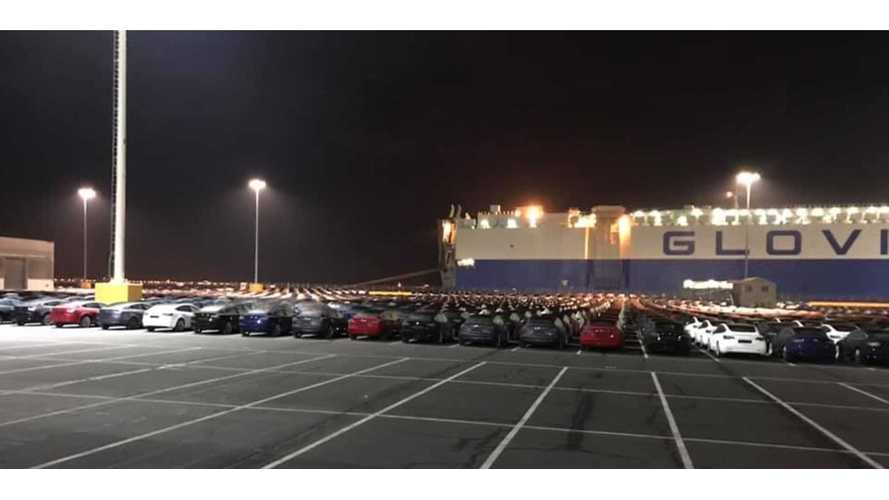 Thousands are already produced and soon will be sent

It seems that there is no chance to hide Tesla Model 3 shipments from the cameras' lenses. Somehow, we lost. presents several photos of a volume shipment of Model 3 (or mostly Model 3) in California.

It seems that a four-digit number of Teslas is ready for transport by the sea to Europe (but we can't exclude China). The ship would need at least about two weeks to reach the destination in Europe.

Tesla Model 3 Not Yet Approved For Sale In Europe

"The invasion begins. Thousands of @Tesla Model 3 are on their way to Europe. Soon it will be tens of thousands, hundreds of thousands, millions. And the German automotive industry looks helpless. ??"