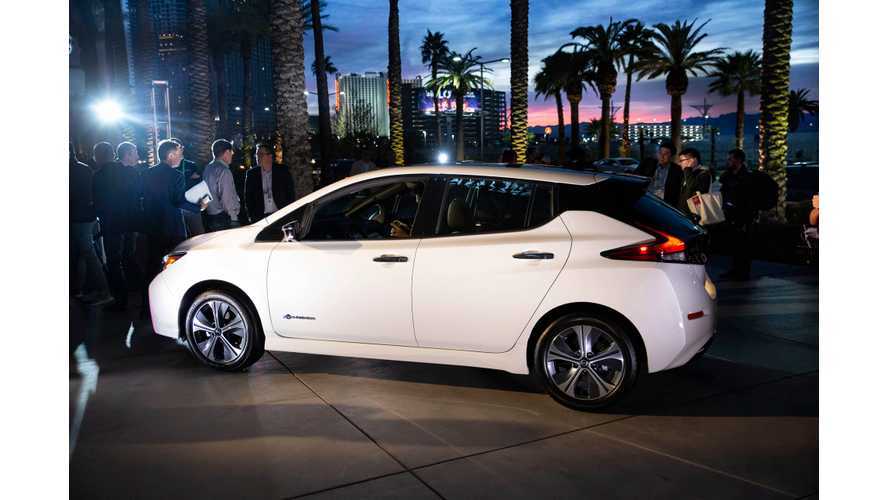 The reports and rumors about LG Chem as the battery supplier for the new 62 kWh Nissan LEAF e+ were denied by Nissan.

According to Electric Revs, who reached out to the Japanese manufacturer, LG has nothing to do with any batteries for any LEAFs. Cells, modules and packs are produced by Nissan in Smyrna, Tennessee. That is contrary to strong expectations that the "new 60 kWh version" for sure would get LG Chem cells, what many had expected/speculated.

Here is the most important bit of info from Nissan spokesperson Jeff Wandell:

“LG does not supply any cells for our batteries, both in the US and globally, for either the 40 or 62 kWh battery”

“LG is not a supplier for Nissan LEAF batteries or cells. Nissan manufacturers the batteries for the Nissan LEAF at our battery plant in Smyrna, Tennessee”

Nissan's battery arm is Automotive Energy Supply Corporation (AESC), which - according to the latest news - still remains in Nissan's hands, as there was no buyer:

"The battery factory in Smyrna is operated by a Nissan subsidiary called the Automotive Energy Supply Corporation or AESC. Nissan has made efforts to sell AESC during the past two years but Wandell said AESC is still owned by Nissan currently as no sale as been completed."

We thought that AESC was sold to Envision Group, as the deal with GSR Capital was canceled, but maybe that was not the case. Sadly, the lack of an official announcement was the true root of all the speculation. We will come back to this topic when the matter clears up.