Before Tesla & SpaceX, Elon Musk Was A Serial Entreprenuer 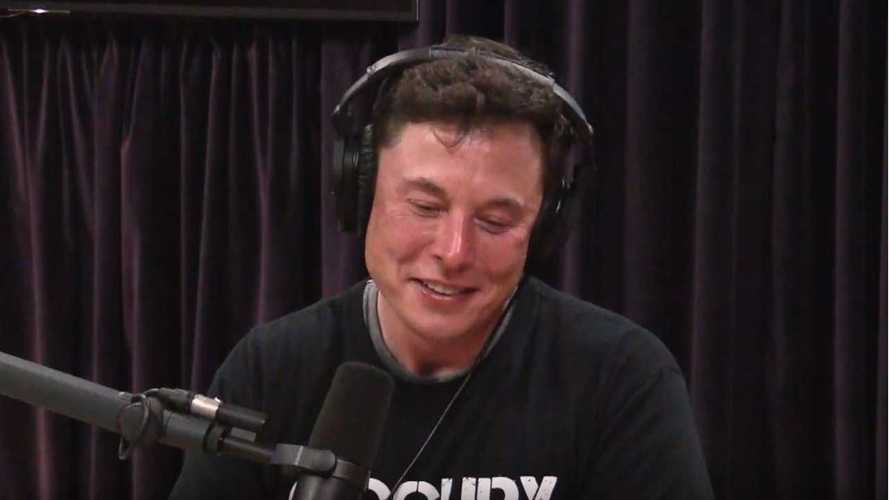 LONG BEFORE TESLA, ELON MUSK WAS AN ACCOMPLISHED ENTREPRENEUR

Elon Musk’s world-changing accomplishments with Tesla and SpaceX, and his current net worth of around $16 billion, represent the culmination of a long career as an entrepreneur. As a recent article in Time points out, Musk’s road to fame and fortune was far from an overnight success story.

In fact, Musk has been what you might call a serial entrepreneur since childhood, constantly starting companies, developing new products and services - and making money. Here are some of the glamorous (and otherwise) ways Elon found to pay the rent on the way to becoming a billionaire.

At the age of 12, the future Iron Man designed and sold his own video game, a space adventure called Blastar, which combined aspects of the popular games Asteroids and Space Invaders. He had been learning to code in BASIC since the age of 9. Musk called Blastar a “trivial game… but better than Flappy Bird.” He sold it to a computer magazine for around $500, and invested the money in a pharmaceutical stock, which he later sold for a healthy profit. Elon and brother Kimbal made grand plans to open a video arcade, but their parents nixed the two teenagers’ business plan.

After leaving South Africa in 1988, Musk paid his dues working a series of odd jobs in Canada. As Ashlee Vance recounts in his biography of Musk, young Elon tended vegetables and shoveled out grain bins at a cousin’s farm in Waldeck, and sawed logs in Vancouver. Looking for a high hourly wage, he took a job cleaning the boiler room of a lumber mill, which involved wearing a hazmat suit and crawling into a tiny space to shovel toxic residue.

A later gig was much more pleasant. Elon’s younger brother Kimbal followed in his footsteps by moving to Canada and studying at Queen’s University, and the two used to contact prominent people out of the blue, asking for interviews. One of these, an executive at the Bank of Nova Scotia, was so impressed with the pair’s boldness and determination that he gave Elon an internship.

Above: Elon's brother, Kimbal Musk, talks about how he and his brother developed their entrepreneurial spirit (Youtube: CNBC Make It.)

Another side gig at Queens University was selling computers and components out of his dorm room. The tech-savvy Musk helped his fellow students keep their computers running. “If their computer didn’t boot properly or had a virus, I’d fix it. I could pretty much solve any problem.”

Musk’s college days weren’t all study and geekiness. While attending the University of Pennsylvania, Musk and a friend moved into a 10-bedroom off-campus house, and on weekends, they turned the place into “a full-out, unlicensed speakeasy,” according to roommate Adeo Ressi, covering the windows with black trash bags and the walls with bright paint. As madness raged around him, Musk would stay sober to keep things under control. “I was paying my own way through college and could make an entire month’s rent in one night,” he said. According to Time, his mother Maye even worked the door at one of the parties.

Silicon Valley beckoned. At age 23, Elon enrolled at Stanford University. However, the Internet scene was starting to heat up. Guys like Elon were inventing ideas in dorm rooms and getting rich. The lure proved irresistible, and Musk quit school to start a company before he attended his first class.

That company was Zip2, which helped newspapers and other publications to get online using locally-oriented internet content. The brothers Musk used a Yellow Pages CD-ROM, a mapping software application, and Elon’s coding skills to build online city guides that allowed users to find local businesses and view maps and door-to-door directions. They soon met the great venture capitalist Steve Jurvetson, the beginning of a long collaboration. Jurvetson helped the young entrepreneurs negotiate the Silicon Valley startup scene, and Musk soon displayed his remarkable talent for enticing investors. At its height, Zip2 ran over 180 online city guides for national publications. In 1999, Compaq acquired Zip2 for a $341-million package of cash and stock options. Elon’s share was reported to be $22 million.

For his next act, Mr. Musk targeted the field of online financial services, founding a company called X.com in 1999. The original idea was to build a “one-stop shop” for financial services, but Elon soon became interested in another startup that had its headquarters down the street and had developed a clever system for making online payments that it called PayPal.

Musk soon made PayPal his own, and what he did next offers a foreshadowing of the strategy that he later employed to great success with Tesla. He didn’t invent PayPal’s technology, and he wasn’t the only one who saw the potential. However, he thought big and made things happen. He used his expertise in the financial markets to engineer an IPO in 2002, giving the company a market capitalization of $1.2 billion at a time when other internet companies were going out of business left and right.

PayPal was a huge enabler for the online auction site eBay, and later in 2002, the company acquired it for $1.5 billion in stock. Musk, PayPal’s largest shareholder, took home around $180 million from the deal.

Musk had changed the world, and gotten fabulously wealthy, but he showed no interest in retiring to a Caribbean beach or an English country manor. Instead, he soared to even greater heights with Tesla and SpaceX, and to date he has shown no sign of running out of entrepreneurial ideas. What will this Renaissance man do in 2019? Stay tuned.

Written by: Charles Morris; This article incorporates material from Charles Morris’s book Tesla: How Elon Musk and Company Made Electric Cars Cool, and Remade the Automotive and Energy Industries, now in its third edition.