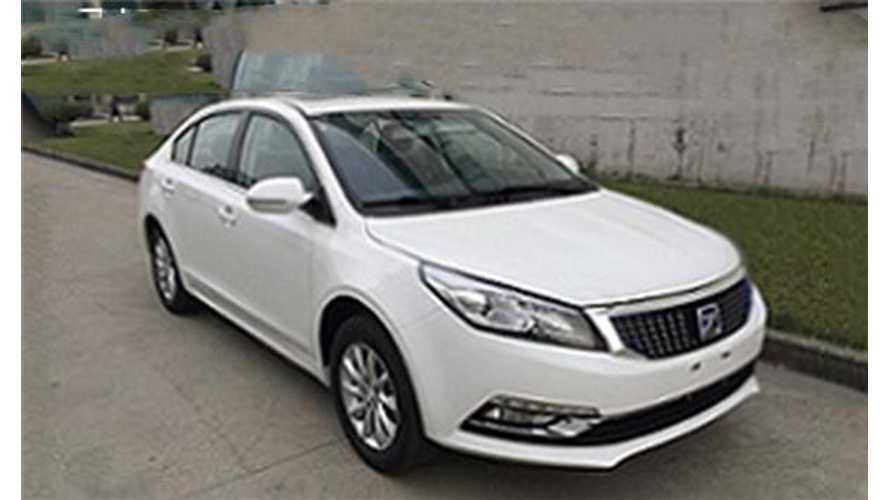 Some local competition for the Model 3.

Hitting the market in 2016, the Zotye Z500EV is a mid-size pure electric sedan with a range of 250km. As Zotye New Energy aims to increase the range of its models, the Z500EV will offer a longer range version, which is positioned at the same class as the Tesla Model 3.

Powered by a permanent magnet synchronous motor with a maximum power output of 95kW, the longer range version of the Z500EV boasts a range of over 300km. The model measures 4750mm in length, 1810mm in width and 1510mm in height and sets on a wheelbase of 2750mm. Noticeably, the model measures longer than the Tesla Model 3.

In terms of its exterior, the long version model basically retains the same design style as the existing model, featuring a starry-styled intake grille surrounded by chrome trims. The front bumper features a pulling-through design with LED daytime running lamps on both sides. It also maintains the same rear end style as the fuel-powered version, featuring chrome trims at the bottom of the rear bumper.