See inside the production version of the electric SUV.

If BYTON is able to adhere to their previously announced timelines, they are less than a year from the start of production for the all-electric M-Byte SUV, the first vehicle to come from the new automaker. With that in mind, we expect 2019 to be chock full of announcements and reveals, since the M-Byte vehicles BYTON paraded around the world in 2018 were in concept form. 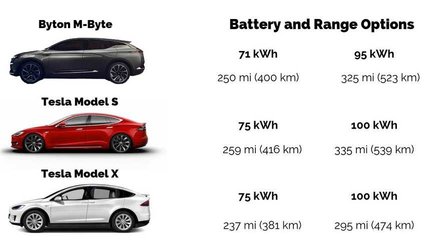 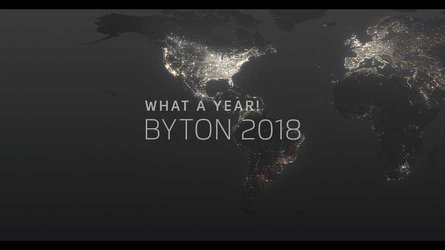 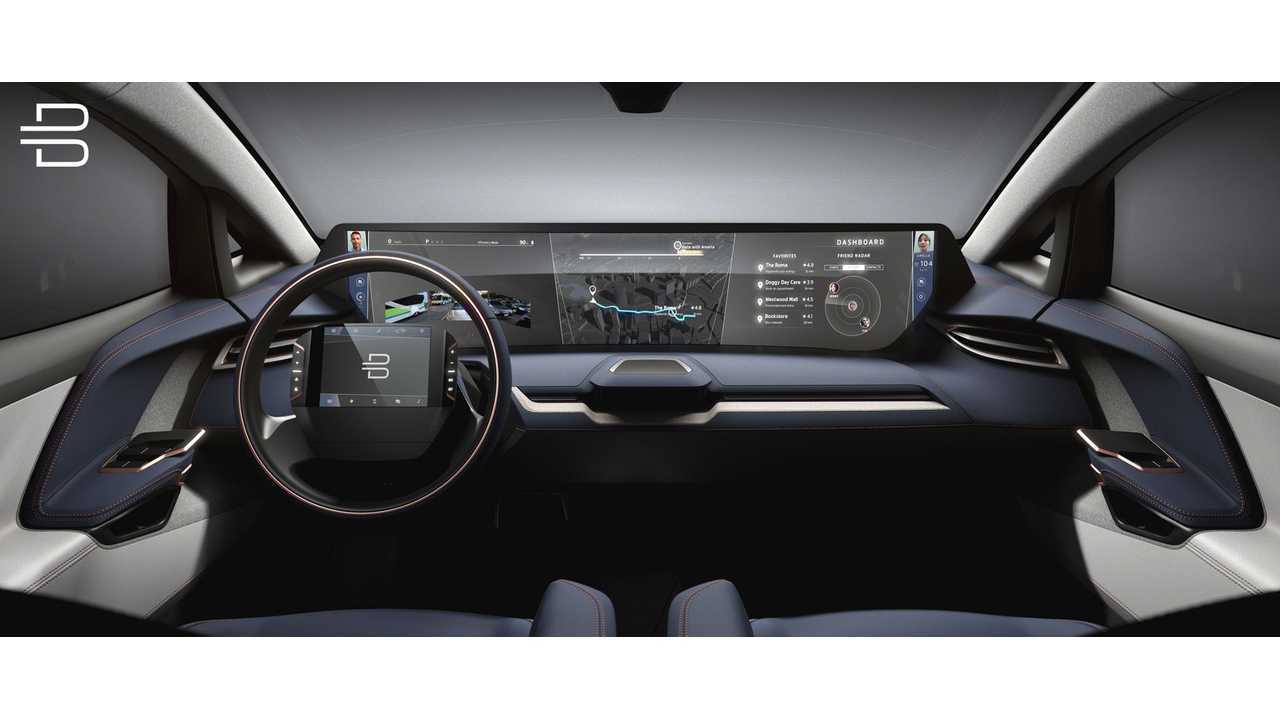 So it's no surprise to us that BYTON decided to show off some pictures of the production-intent interior of the upcoming SUV. What may surprise some of our readers, is that BYTON is sticking with the large display screen, that pretty much stretches the entire length of the dashboard. BYTON representatives had assured us from the start that was their intention, but there were those that doubted whether or not that would find its way into a production vehicle. 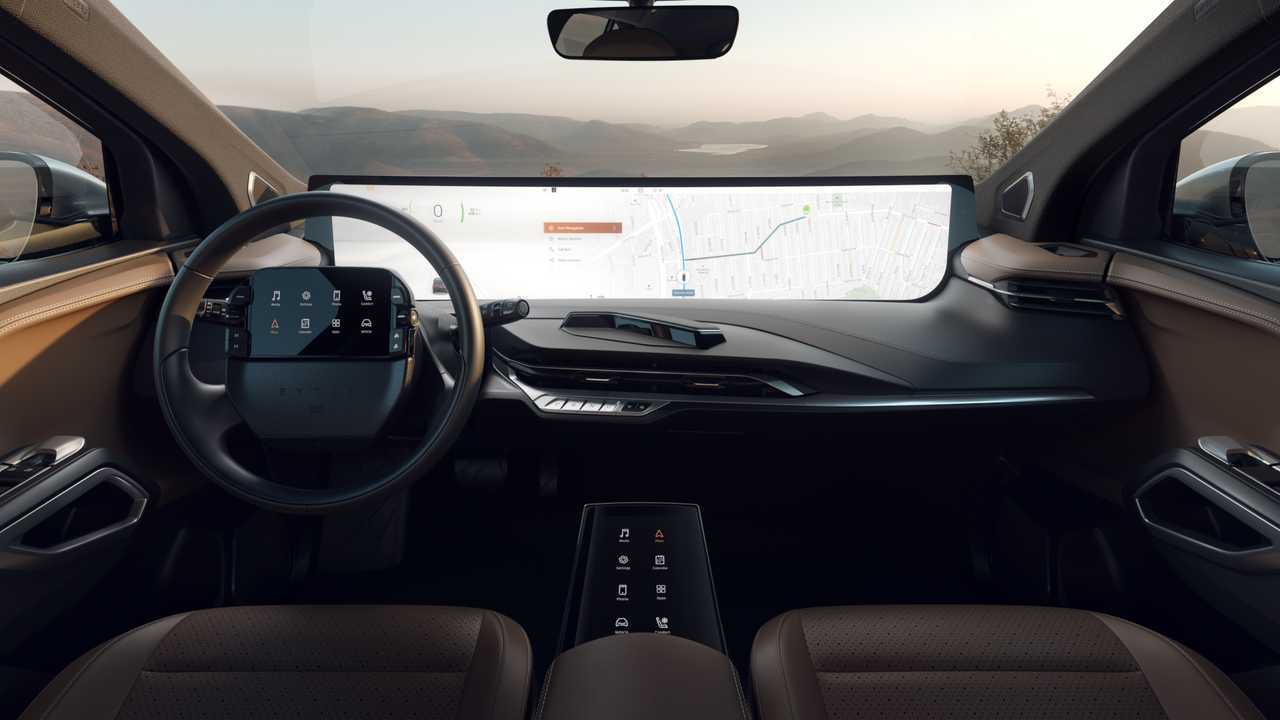 The M-Byte SUV, as well as the K-Byte sedan, (arriving about 2 years after the M-Byte) is available in 71 kWh and 95 kWh battery configurations. The smaller battery will offer approximately 250 miles of range, and with the larger battery, range is estimated to be 325 miles. BYTON hasn't commented on which range measuring standard they are using, but we believe it's most likely the WLTP, so EPA range figures would likely be slightly less.

BYTON is also showing off their UI / UX technology here at CES, and is one of the aspects of the vehicle that their team seems most proud of.  There are multiple ways to interact with the M-Byte, including gesture and voice control as well as physical buttons.

We'll be sitting down with the BYTON management team here at CES in the few days, and will bring you more insight into the company's plans for 2019.

January 6, 2019, Las Vegas – BYTON, the premium intelligent electric vehicle brand, today revealed new details about its first production model, the M-Byte SUV, at the Consumer Electronics Show (CES) 2019 in Las Vegas. Positioned as the next generation smart device, BYTON is designed for the future of autonomous driving when the automobile will become a mobile digital lounge.

“BYTON’s M-Byte represents the transformation of the traditional car into a next-generation smart device for every user,” said Dr. Carsten Breitfeld, CEO and Co-founder of BYTON. “We achieve this through the combination our state-of-the-art EV platform and our proprietary BYTON Life digital ecosystem.”

A Digital Cockpit That Improves The Driver Experience

BYTON’s Shared Experience Display (SED) remains the world’s largest in-car display for a production automobile. It displays vehicle and driving information and offers various content options in an intuitive way. The position of the display has been carefully developed and tested to not affect driver line-of-sight and can automatically adjust brightness according to changes in ambient lighting to avoid further distraction. In addition, the SED will meet automotive safety standards as well as crash standards in all target markets.

The production M-Byte’s user-interface and user experience (UI/UX) hardware will feature abundant shared and private screen space to capture and display a wide array of digital content – music, videos, photos, files, contacts, and more – intuitively and safely to users in any seat:

BYTON users will have access to BYTON Life, an open digital ecosystem that connects applications, data, and smart devices. BYTON Life features advanced machine-learning capabilities that analyzes the user’s schedule, location, preferences, and application data to provide intuitive support such as scheduling reminders, online shopping tasks, remote charging management, and more. It can recognize voices of different users and sounds from different directions in the car. In North American and European markets, BYTON has been cooperating with Amazon Alexa to jointly develop voice control. In addition, BYTON has also invited software developers from around the world to join BYTON’s ecosystem and explore new possibilities for applications and content on BYTON Life’s open platform.

Full-scale vehicle testing ahead of production

The production version of the BYTON M-Byte is slated to debut in mid-2019, with mass-production starting at the end of the year. To achieve this, vehicle testing continues in full swing to achieve the highest safety and quality standards of China, the US, and Europe. Meanwhile, BYTON’s Nanjing plant is on-track to be completed this year and will be equipped with cutting-edge production equipment from leading global partners such as AIDA Engineering of Japan, and KUKA and DÜRR of Germany. The company is also working with key strategic investors FAW and CATL, and world-class suppliers Bosch, BOE, and Faurecia to integrate the world’s best technologies and resources into its products.

“We have made solid progress in the construction of our Nanjing plant and prototype vehicle testing,” said Dr. Daniel Kirchert, President and Co-Founder of BYTON. “This is a vital year for BYTON and our global team is sparing no efforts to achieve our goal of volume production.”

BYTON aims to create a premium brand rooted in China which has a global reach. Its global headquarters, intelligent manufacturing base and R&D center are located in Nanjing, China, while its North American headquarters, devoted to intelligent car experience, autonomous driving, whole vehicle integration and other cutting-edge technologies, is based in the Silicon Valley. The company’s vehicle concept and design center is located in Munich. BYTON also has offices in Beijing, Shanghai and Hong Kong to handle external affairs, marketing, sales, design and investor relations.

BYTON’s core management team is made up of the world’s top experts from China, Europe and the U.S., all of whom have held senior management positions in innovative companies such as BMW, Tesla, Google and Apple. Their expertise covers automotive design, automotive engineering and manufacturing, electric powertrain, intelligent connectivity, autonomous driving, user interface and supply chain management among other industry sectors, the sum of which represents BYTON’s strengths in manufacturing premium automobiles that are equipped with high quality internet technologies.