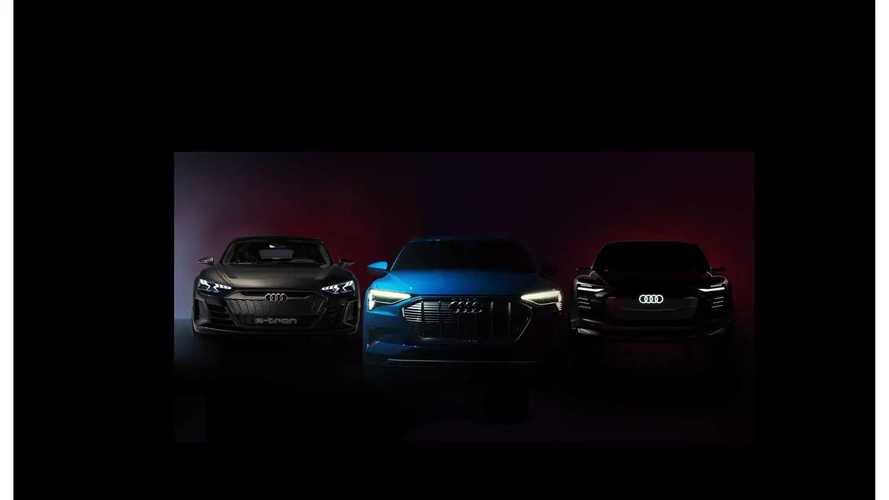 Audi EVs to be advertised at the Super Bowl

Audi announced its return to the Super Bowl as an advertiser with a new 60-second spot featuring the company's electric future. In 2018 Audi was absent because new products didn't fit with the Super Bowl, but upcoming electrification is a different story.

The teaser image shows the e-tron production car and e-tron GT concept as well as a third, unknown vehicle.

The German manufacturer hopes that by 2025 every third Audi sold will be electrified.

Autogefühl: Audi e-tron Is The Best EV In Terms Of Driving

Audi will not be alone among manufacturers at the Super Bowl as Hyundai, Kia, Mercedes-Benz and Toyota also confirmed ads.

"Audi returns to the big game with a 60-second commercial in the second quarter, marking the 10th year as an advertiser. This year’s spot will feature an electrification theme that includes all-new Audi e-tron models.This is the tenth showing for Audi in America’s biggest night in football. The brand with the four rings has a history of telling compelling stories on game day – from sparking a national conversation with “Daughter” in 2017, to shooting for the moon in 2016 with “The Commander" to allowing online viewers to vote on the commercial’s ending in 2013 with “Prom.”  San Francisco-based Venables Bell & Partners is creating the 2019 spot."

“We're returning to the biggest advertising stage to let America know that electric has gone Audi. Last fall, Audi introduced its first all-electric production e-tron SUV followed by the e-tron GT concept debut at the LA Auto Show, signaling an aggressive push into electrification. The big game is a perfect platform to continue the momentum.”