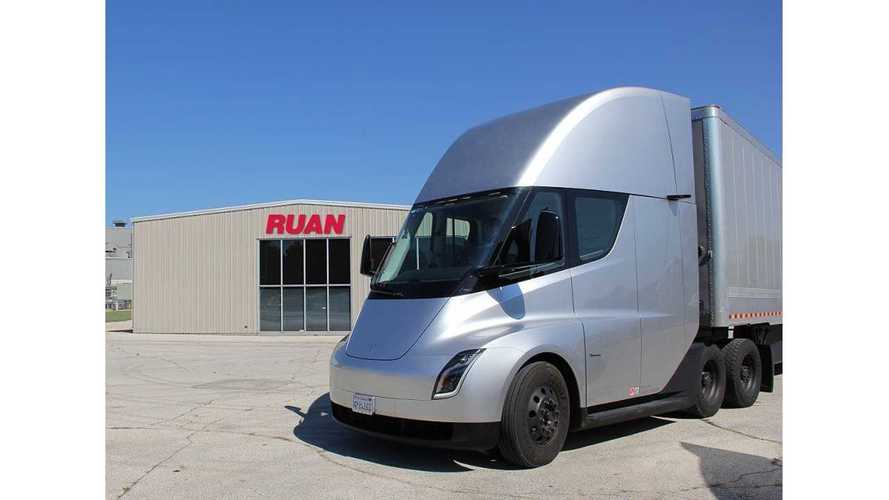 Tesla is expected to begin deliveries in 2020 for the Tesla Semi and many in the trucking industry are getting excited about the possibilities. One of those eagerly anticipating the product launch is Sean Chenault of Quality Carrier in Nashville, Tennessee.

The electric drive is certainly intriguing to Chenault, but the potential for complete vehicle autonomy has his attention. "Having autonomous vehicles, you don't need to pay a driver," says Chenault "and you don't need to worry about hours of service." Hours Of Service rules limit drivers to 11 hours of driving in a 14 hour window. A driver must then be given 10 consecutive hours off duty.

More About The Tesla Semi

Having autonomous driving means trucks can be placed in service more hours of the day. Dena Wolpert, a truck owner since 2002, says many drivers must disrupt their sleeping patterns in order to comply with Hours of Service rules.

Finding drivers to take on the job of long haul trucking is becoming more difficult. "We are struggling to find drivers now," says John Wilbur, CEO of Roadmaster Group "If autonomous drivers are means to eliminate that deficit, it's a good thing."

Of course, not everyone is so open to the burgeoning technology. Michael Nichols, a truck owner in Wisconsin, is concerned about autonomous vehicle safety. "If the truck is not reliable enough, there will be crashes."

So far the vast majority of accidents involving autonomous vehicles have not been the fault of the autonomous car.

To be clear, full autonomy has not yet been demonstrated on any Tesla vehicle. However, other players have made significant progress. Tesla employees are also quietly testing full self driving features. So it is only a matter of time before the California automaker begins to roll out their fully autonomous features.