Porsche Taycan Electric Range: Distance You Can Drive In 24 Hours

The Porsche Taycan is slowly taking over the high-performance luxury world by storm. The upcoming battery-powered vehicle is being preordered like beer at a frat party, and already, the German carmaker is aiming to push the production numbers per year from 20,000 to 30,000 units. In turn, it's slated to become one of the hottest items in the car world when it gets released next and everybody is taking notice.

However, the Taycan is also pushing the German carmaker to introduce a new metric to the ever-changing auto industry. Impacted by the upcoming electric revolution, Porsche is adding items that cannot really be tied to ICE (Internal Combustion Engine) vehicles.

In most cases, two of the most important metrics for an electric vehicle are range and acceleration. And those have basically been monopolized by Tesla. However, Porsche, a newcomer on the EV block, is adding a new vehicle metric with the Taycan: range per 24 hours with charging. 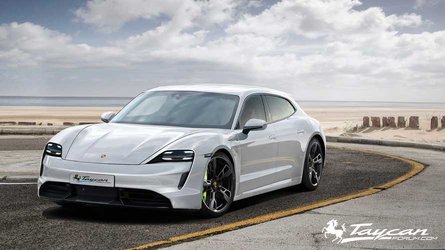 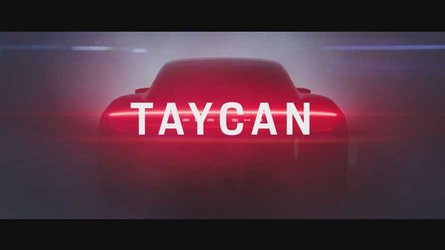 This novelty was revealed in an interview for German Auto Motor und Sport magazine, done by the Porsche CEO Oliver Blume. He claims that said acceleration is just one of the metrics they are looking at, and to them, the range their customers can attain in a 24 hour period is as equally important metric the German company is looking at. And for the most part, we are really keen on seeing how much of an impact this makes on the electric car industry.

After all, usability for any electric car is key to their success. Porsche is no different. In turn, this means that owners need to be able to accelerate fast, cover an extensive range with their car, but also, charge their vehicle and continue with the journey as fast as possible as well.

With the Taycan, we set the same high standards as all other models. And acceleration is just one of many features that sets our products apart from the competition. The possibilities range from design and quality to driving dynamics and suspension design. The power electronics and the voltage system will also give a very clear differentiation in electric motors. Alone with the 800 volt system, we already generate significant advantages in the charging times, because I can load twice as fast with twice the current.

We wrote about the 800-volt charging system on a lot of occasions. In a nutshell, the system is designed so that any Porsche electric car owner can quickly top up their electric vehicle, thus being able to utilize their car's acceleration strength and impressive top speed without a lot of range anxiety. After all, Porsche comes from Germany, a country where a lot of the autobahn network is completely unlimited. And no matter what some may say, there's not a lot of stau (a German word for traffic jam) impacting your high-speed runs in many areas, allowing you to blitz away at speeds of 200km/h (124mph) and more with ease.

With the Taycan, we will also specify a value for how many kilometers you can drive in 24 hours – charging time included. I can tell you that even though we have consistently driven at 200 km/h in our tests, we are well above the values that are known in the market today. For our customers, this has the great advantage that they can calculate how far down they can come, for example, in six hours. And how fast they can drive then.

With its expected production start in late 2019, the Porsche Taycan will come with a range of about 400 kilometers (250 miles). Furthermore, the owners will be able to charge their high-performance battery-powered machines to about 80% charge in just 15 minutes. With a gorgeous design, impressive performance figures and fast charging, it's no wonder that pre-orders for this vehicle are flying through the roof. And to be honest, if Porsche can deliver on their promises in all three categories, and if they can deliver it in substantial numbers from the start, we might have what many are calling a "Tesla Killer" on our hands.