December 2018 EV Sales: What To Expect? (Plus Tesla / GM Estimates)

Wow, what a year it has been!

Each month, InsideEVs tracks all the plug-in EV sales/deliveries for the United States by automaker. The last five consecutive months are now the top five best-selling months of all time. We have no doubt December will make the list, but where will it fit in? Is there a chance it could shoot to the top, or will it fail to surpass September and November numbers? 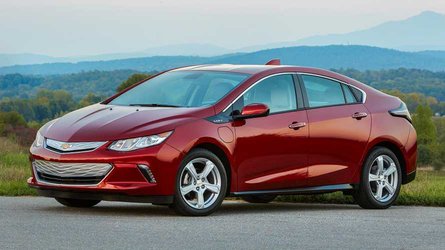 If history repeats itself (and we believe it will), December will be the strongest month of the year. However, there are many variables involved. Tesla Model 3 deliveries have remained somewhat flat over the last few months. In addition, Chevrolet Bolt and Volt deliveries were way up in November. The same situation was true regarding the surprising escalation of Ford Fusion Energi, BMW 530e, and Chrysler Pacifica Hybrid sales in November. Keep in mind that these inconsistencies may not have played out the same for the month of December.

As of the end of November 2018, an estimated 311,177 plug-in electric vehicles had been sold in the U.S. this year. That only leaves about 32,000 deliveries to push the number past the 350K-mark. Clearly, 350K will be easily achieved, but how much will 2018 sales exceed that threshold?

In December 2017, an estimated 26,107 plug-ins were sold in the United States. In August, September, October, and November 2018, we saw well over 100-percent gains from last year's numbers. Will December be another repeat of this trend? Will we see deliveries pass 52,000? We don't think so. September and November sales were epic, so it's going to be tough for December sales to fare substantially better. Nonetheless, 2018 will still go down in the history books as a fantastic year for the segment.

Tesla likely delivered significantly more Model S and X vehicles in the U.S. in December than it did in November, and Model 3 sales are expected to be record-breaking. Our early estimates indicate that Tesla delivered about 33,000 vehicles in the U.S. last month, 24,500-25,500 of which were Model 3 sedans. We eagerly anticipate Tesla's quarterly report and hope the automaker surpassed these preliminary numbers in its big end-of-the-month push.

It appears that GM's November sales push didn't hold up through December. Inventory is down, and we estimate combined Chevrolet Bolt and Volt deliveries shy of 4,000. All other models -- at least as a whole -- should see reasonable gains over the previous month.

Based on our initial estimates, we're looking at over 48,000 electric cars sold in the U.S. for December 2018. Perhaps some surprises will push the number much higher.

Stayed tuned and keep refreshing the pages throughout the coming days as we put the numbers to the dialogue. We will begin reporting EV sales Thursday morning (January 3, 2019) and continue through the end of week. However, if some automakers decide to release numbers on Wednesday, January 2, we're prepared to begin reporting. In the meantime, below are some questions to consider. If you have a question you think deserves to be on our list, drop it in the comment section, and we may add it to the monthly report card.