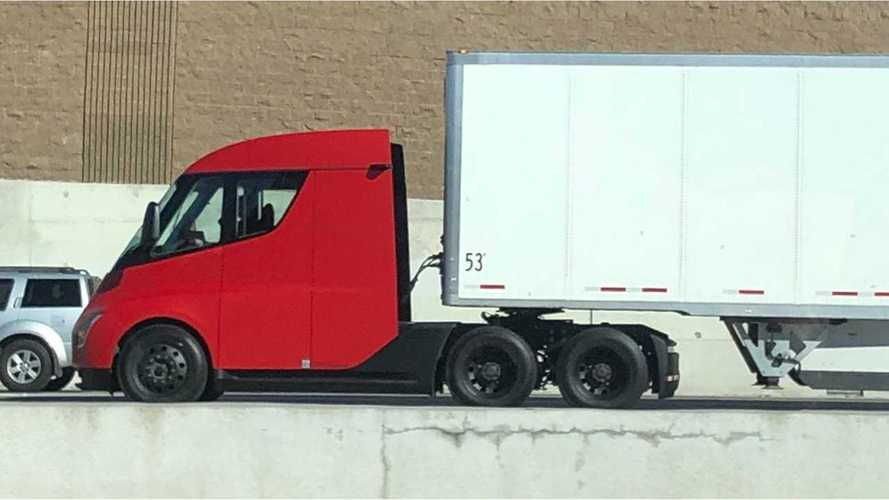 Is Tesla is expanding its Semi fleet?

A new red Tesla Semi was spotted the other day in LA and at the Kettleman City Supercharger. It's not yet entirely clear whether it's an all-new prototype or one of the previous black Semis, wrapped in red (plate numbers XP24261 are the same as in case of black, but maybe those are used in various prototypes). We believe it to be wrapped though. The silver Semi shown at the debut had a bigger cab.

Below you can find many photos of the red Semi: