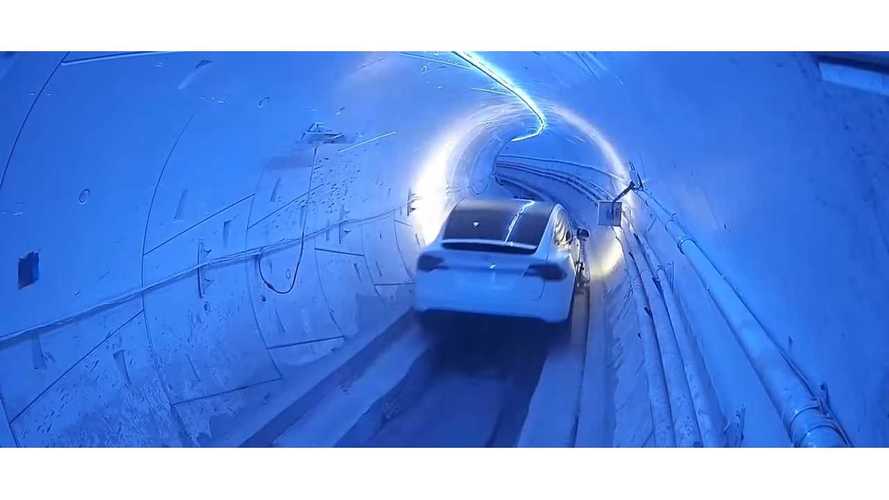 Elon Musk is a doer. While most people see problems and complain about them, Elon sees a problem and starts a company to solve it. Everyone hates horrendous traffic - what if we could cruise smoothly underneath it? The Boring Company aims to make this practical via a two-part strategy: reducing the cost of boring tunnels; and developing an autonomous transport system to move cars through the tunnels.

The company’s original vision involved an “electric skate” on which vehicles would be transported through the tunnel. It has now abandoned that idea, and developed “tracking wheels” that attach to a vehicle and allow it to ride on a pair of shelves along the sides of the tunnel. The Boring Company recently demonstrated the system in Los Angeles.

At the launch event, Musk said the tracking wheels could be added to a vehicle as an aftermarket product for “$200 to $300,” and could theoretically be installed on non-Tesla vehicles (although the vehicle needs to be an EV with autonomous capabilities, which makes a Tesla the only practical option at the moment).

Above: A closer look at the tracking wheels (Image: Charged)

Electrek was treated to a demonstration ride in a tracking wheel-equipped Model X. “While the wheels basically convert the Model X into a train, it was a surprisingly bumpy ride, which the company attributed to some experimentation with the shelves on each side of the tunnel,” writes Fred Lambert.

The company is also working on a next-generation boring machine, as well as several innovations to make tunneling simpler and cheaper. Musk said existing tunnel boring companies spend only about 10 minutes per hour actually boring - the rest of the time is spent installing tunnel reinforcements and dealing with dirt removal. He sees a potential 15x improvement in the speed of boring by designing a more efficient system.

Above: Elon Musk and Gayle King for for a test drive the new Boring Company tunnel (Youtube: CBS This Morning)

The Boring Company also has developed a way to compress the waste dirt into bricks that can be sold or given away and used to build structures - according to Musk, dirt removal can represent up to 15% of the total cost of a tunnel. Musk cited the pyramids and Sphinx of Egypt as examples of the possibilities, and the company demonstrated the technique by building a watchtower with bricks made from the dirt dug from the test tunnel.