Tesla accounted for ~ 80% of all-electric car sales in the U.S.this past year.

From time to time we read in comments about the fairly decent Tesla Supercharging network and not that much progress in the case of CHAdeMO or CCS Combo 1 (SAE J1772 Combo) DC fast chargers.

Tesla was able to cover most important highways and some metro areas, deliver 120 kW DC output, developed its own charging connector and even the fees are comparable with electricity costs. Why the two other standards were progressing much slower - initially with just 50 kW and no infrastructure supporting long-distance travel?

Well, let's take a look on the demand side for DC fast charging. The demand is highly correlated with the number of fast rechargeable cars (we obviously need to skip all the PHEVs, which don't have a DC inlet or, in the case of i3 REx, doesn't have that much incentive to use DC charger on the route as a BEV).

Tesla had two major advantages over the past six years since 2012 when the Model S came out. First is the volume of sales of fast rechargeable cars - almost all of the 318,000 of S, X and 3 sold so far have the ability to use Superchargers (besides no more than a few percent of Model S cars several years ago, when DC was an option). No other standard can boast such a high number.

Last year, Tesla accounted for almost 80% of all-electric car sales in the U.S., which obviously will translate in higher demand for the infrastructure.

The second advantage is the premium segment - the higher prices and higher margins translates to the ability to invest in the infrastructure. The advantage of having the network partially pays off because it encourages more customers and is like an ad.

In the high-end segment, battery capacity and charging power is usually higher, as well as the demand for long-distance travel capability. 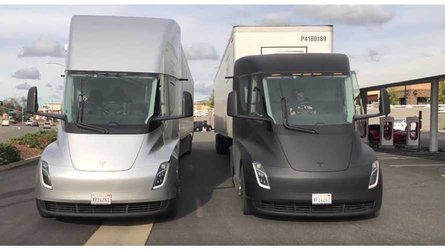 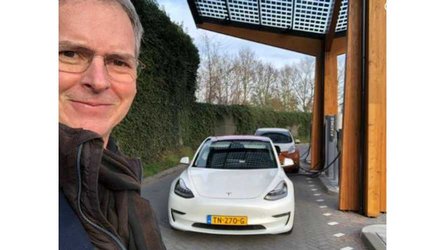 In case of other standards, the volume and average prices are lower, so it was more difficult to support the infrastructure rollout - regardless of who would pay for it (manufacturer or 3rd party network).

Japanese CHAdeMO standard was the first, but despite it being the same around the world (as the only one), it failed to become a global standard (it's losing traction in Europe and the U.S. and didn't catch on in China).

Besides the Nissan LEAF, initially Mitsubishi i-MiEV and Kia Soul EV (soon it will switch to CCS), there are no models for the CHAdeMO chargers. As LEAF sales remain disappointing, everything that CHAdeMO can count on is the dual-head chargers with CCS.

Only about 136,322 LEAF, i-MiEV and Soul EV were sold by November 2018, but as not all of them were equipped with the CHAdeMO DC charging inlet (we assume maybe 75-80% are), there is a smaller fleet and slower progress, as well as no need for much more than 50 kW chargers.

North American's version of the CCS started around 2013 with the Chevrolet Spark EV (discontinued in 2016), followed by BMW i3, Volkswagen e-Golf, Chevrolet Bolt EV, Ford Focus Electric (DC from 2017), Hyundai IONIQ Electric and Honda Clarity Electric. The latest model is Jaguar I-PACE. Those models in total noted over 103,000 sales, which determines the potential for CCS. As the BMW i3 was available with REx and DC was an option (only for 2014 in the U.S.), we assume that probably less than 65-70% are fast rechargeable (but more like 95% are in the U.S.).

It's still unclear though whether CCS will catch Tesla Superchargers 10 years from now, especially if Tesla introduces the high volume Model Y and electric pickup (the hottest segments), thus securing the majority of BEV sales in the country.

So, in conclusion, Tesla's dominance on the sales front will alone push the Supercharger network from its already-leading spot to a place even higher up the ladder in the future.