It’s the end of the hybrid era.

Toyota might be regretting the sweetheart deal it gave Tesla for its plant in Fremont, Calif. in 2010. Nearly a decade later, the all-electric cars produced by Tesla in Fremont make conventional gas-electric hybrids look as timely as iPods and Blu-ray disks. The Toyota Prius Liftback – once the darling of eco-oriented techies – is the biggest victim.

The Toyota Prius' History May Paint A Picture Of Tesla's Future 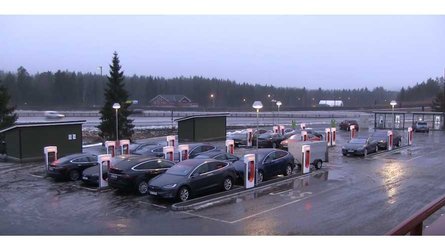 This year will mark a definitive decade-long trend of declining Prius sales in the United States. There was a blip-like uptick to 147,516 sales of the Prius Liftback in 2012. But the downward trend has been steady since then – to a tepid 50,000 or so units expected by the end of 2018.

Meanwhile, to Toyota’s credit, the Prius Prime plug-in version became the second highest seller among EVs and PHEVs in 2018. The shift in momentum from the no-plug Prius to the Prime is incontrovertible. In 2017, Toyota sold more than 3.3 times as many conventional Priuses as the plug-in versions. But this year, the ratio dropped below a factor of 1.9.

Tesla showed that it is economical and safe to use a big battery. That makes the conventional Prius’s use of a minuscule 0.75-kWh battery pack look sad. The pipsqueak battery indeed assists efficiency to yield a city/highway efficiency of 52 miles per gallon.

Meanwhile, the Prius Prime’s battery is 8.8 kilowatt-hours – still small by EV standards – is enough to provide an official all-electric range of 25 miles. It has an E.P.A. efficiency rating of 133 MPGe. When you consider the $4,502 federal tax credit for the plug-in Prius, its net price drops below $23,000. That’s less than the base price of the no-plug Prius. No wonder the Prime is catching up to the conventional Prius Liftback, even though the plug-in variant seats only four passengers.

A Time for Praise

There are signs that Toyota sees the writing on the wall. The Japanese automaker has plans to transplant the Prius powertrain to the ultra-popular Corolla and recently introducing an all-wheel-drive version of the Prius. But maybe the Prius jumped the shark this week when the company announced that its in-house tuning division, Toyota Racing Development, is trying to spice up the dowdy hybrid with a sporty body kit.

Even if these steps help revitalize some Prius sales, I think it’s time to say that the Prius’s time is up. Of course, it’s too easy to pile on with criticism against Toyota for not making the shift to battery-electric vehicles. Go for it, if you like.

Or we could praise the quintessential hybrid as a critically important vehicle in automotive history. More than 4 million Priuses have been sold globally. It was the gateway to the new EV era – evidenced by how the Prius is one of the most popular models traded in for the Tesla Model 3.