Tesla Model 3: The Rebirth Of The American Sedan 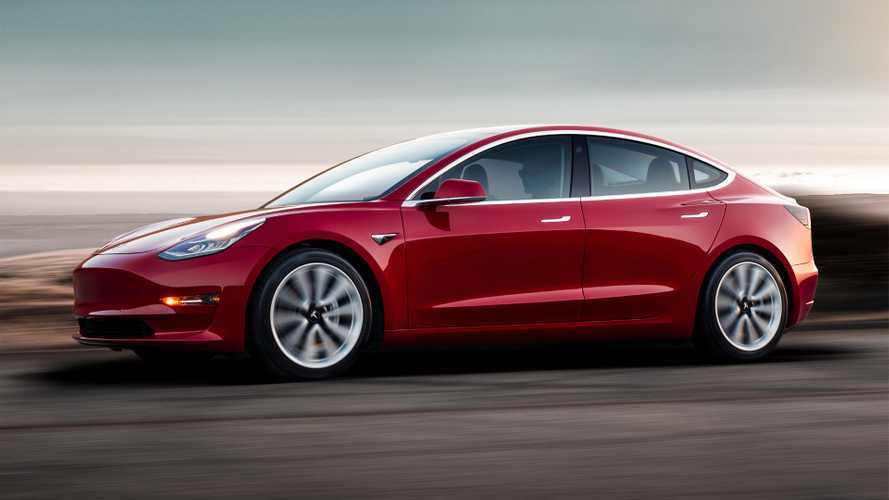 The automobile as we know it has been fading.

An icon of the industry disappearing, some claiming it the end of an era. Ford recently threw in the towel, announcing the end of all car production and sales in the US with the exception of their Mustang.

Demand For Tesla Model 3 Strong Into 2019 & Beyond

The established industry has been pouring money into the concept of the SUV for decades producing a vast array of vehicles from compact cute Utes to go anywhere off-road machines. Hearts have been won by the visions of the go anywhere, do anything, Sports Utility Vehicle, but is it really the end for the automobile? To answer that question we need to address some other topics.

***Our thanks go out to InsideEVs commenter and author of this article Viking79 for allowing us to share this post with our readers. Check out the original post here.

The issue of human-caused global warming is unavoidable in this discussion as it comes in direct conflict with industry and the vehicles that people want to buy. It is well established by the scientific community that human emissions and actions are the primary cause of the current global warming trend.

Industry has been aware of this for decades, but hasn’t wanted to change the vehicles they make citing they make what people want to buy. The EPA has set regulations for manufacturers to meet certain emissions standards, but the industry has done the minimum possible to meet those requirements as to not interfere with their profit machines.

The automotive giants have been making the vehicles “people want to buy” while ignoring anything else, any attempts to make environmentally friendly vehicles are token gestures to a small minority and at the same time are done for compliance reasons.  The cars designed are meant to appeal to a small market and meet the letter of the law.  So what changed?

The Birth of the Li-Ion Battery

Batteries have long been a weak point of portable electronics.  Earlier batteries were too heavy and not energy dense enough to make desirable portable devices.  Everything changed when John Goodenough invented the Lithium Cobalt Oxide cathode and Sony commercialized his invention in 1991.  The resulting batteries were more energy dense than anything before and had incredible longevity.

A decade later they brought about the total transformation of the portable electronics industry. Laptops could last for hours, smaller and smaller electronics were making their way to consumers’ hands and winning over their hearts.  The birth of the smartphone came in the late 90s and was popularized by Apple in 2007.  Drones started filling the skies, the radio controlled hobby industry quickly transformed from Nitro Methane internal combustion to Lithium polymer due to such incredible power and energy density.

It was only a matter of time before a company came along and took the Li-ion cell that was commonly used for laptops and other portable electronics and make those into a car battery. The 18650 laptop cell was produced in large enough numbers that thousands could be used to make a large battery. A battery large enough to power a car for hundreds of miles.

This was revolutionary, taking the emissions from the tailpipe and moving them to the power generation facility.  The Combined Cycle Gas Turbines are far more efficient than a standard internal combustion engine and also more renewable energy is added to the grid every year, primarily in solar and wind.

With a battery electric car powered by renewable energy the emissions drop to almost nothing.  Even powered by natural gas they produce less emissions than gasoline or diesel powered vehicles. The issue facing the industry is how do you make an electric car, and make it sustainable. Tesla had a plan.

The iPhone was upsetting the established phone industry when Tesla’s first car, the Roadster, was getting ready to ship in 2008. In itself, the Roadster wasn’t a game-changing car, but it showed investors what could be done. This wasn’t a crazy impossible idea.

With the release of the Model S in 2012 it showed that Tesla had done its research. They were offering game-changing features: Lifetime supercharging, massive battery that no one thought possible or profitable, prominent touch display, over the air updates, factory service and sales. There was no doubt that this was a car of the highest technology well integrated into a desirable package.

With Elon Musk at the helm the company formed a vision of transitioning the world away from oil and to solar and renewable energy.  This has been the “Master Plan” posted by Elon Musk more than a decade ago at Tesla and brings me back to the American Sedan. How do you get the world to switch to renewable energy with a car that can cost well over 100 grand?

In March 2016 Elon Musk stunned the industry with the unveiling of an all-electric car with an available range of more than 300 miles, fast acceleration, and a stunningly simple yet functional interior. It could recharge up to 170 miles in only 30 minutes.  It would offer full self driving, and the base car would start at only $35,000 US with over 200 miles range. Elon won the hearts of the consumer raking in more than 200,000 reservations in 24 hours.

Two and a half years later and after a shaky start to production, the Model 3 is shaping to be a resounding success. Making up more than half the US EV market in July and August, and actually surpassing every luxury make in the US for sedan sales with an estimated sales of 17,800 cars.   It landed the number 5 on the list of best-selling cars in America for August 2018, and this was for a car averaging approximately $60,000 US, more than twice any other car on the list and better than almost any SUV.

The American sedan was reborn. Forged from the denials of the established industry and the desires of the people to transition from their oil burning addiction. Tesla offers a car that is both desirable and environmentally friendly. Finally, a “green” car that doesn’t have to be boring. The floodgates have opened and there is no stopping it.