As the year comes to a close, the unexpected positivism surrounding Tesla is refreshing.

Is Tesla flawless? Nope. Is Elon Musk perfect? No, and he's the first to admit that he's far from it. It's surely not difficult to poke holes in Tesla's successes and discount CEO Musk for one reason or another. In fact, over the holidays we've received an influx of email tips from short-sellers and haters pointing us toward a slew of unsubstantiated speculation talking about how the electric automaker is destined to fail miserably. 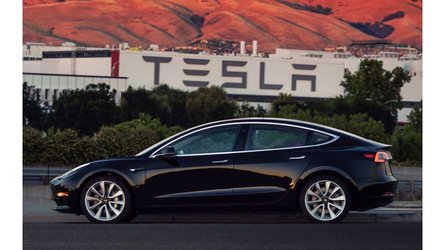 Despite this, we are also seeing a flood of positive Tesla press, in which critics are converted, the Model 3 is winning awards amongst gas-powered vehicles (in Detroit!), and mainstream media is supporting EV adoption.

We're clearly in a transitional period here, and while we are sure to see many more negative articles in the future, the fact that this type of coverage is in the mainstream is truly compelling.

If you're unaware of Varney, he's surely not an Elon Musk fan. He's spent many a broadcast discounting Musk, Tesla, and SpaceX. Varney has a specific issue with subsidies, but his hate has seemed more deeply rooted, far beyond tax breaks. The host also voices concerns about Musk's Twitter engagements and has gone so far as to say the:

... to run Tesla effectively, (he has to) calm down and maybe close (his) Twitter account or retire to a nice corner office and let an adult run things.

However, recently, Varney has decided it's time to re-evaluate the Silicon Valley CEO. He admits that Musk is "brilliant," and a visionary that actually makes his dreams a reality. Varney says that the CEO's achievements have simply been overlooked by many, due to some controversies. He explains (via Teslarati):

In the age of social media, we tend to fixate on the negatives. It’s easy to pour scorn on someone who behaves like Elon Musk. But step back, and look at what he has actually done: He’s in the car business, the space business, the mass transit business. He’s got a product in all three industries. That is tangible success. Give the man credit.

This is yet another huge positive for the EV segment as a whole. Check out the short video above to hear Varney's words for yourself. Then, let us know your thoughts in the comment section below.

Elon Musk is surely the prime example of a brilliant entrepreneur: Varney

FBN's Stuart Varney on Tesla CEO Elon Musk's achievements that are often overlooked due to his controversies.