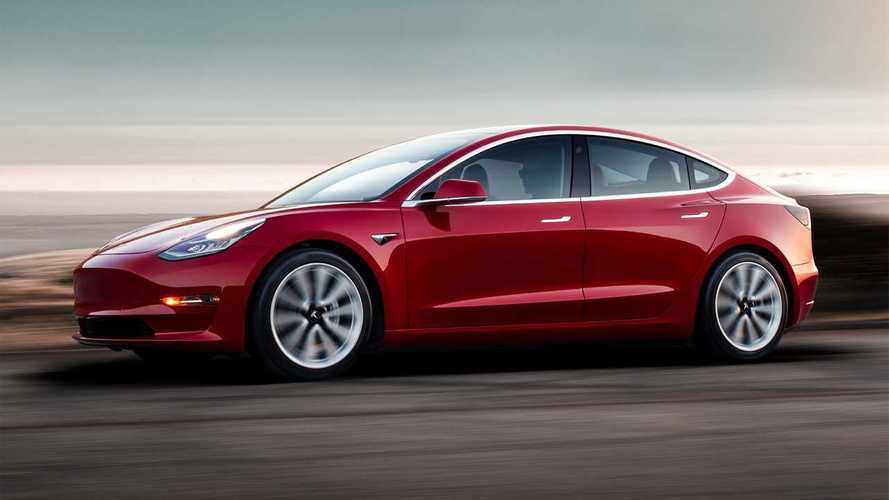 IGNORE THE FUD, TESLA WAS THE AUTO INDUSTRY'S CHAMP IN 2018

Much of this year was marked by a massive smear campaign against Elon Musk and his electric car company Tesla. FUD was at an all-time high. Ignore it. If you cut through the clutter, and instead, according to Wired, "If you focus on Tesla the company, then 2018 has been very good indeed."

Above: Tesla's Model 3 proved to be a game changer (Instagram: barbaratheninja)

Although Tesla won't release official figures until the new year, Kelley Blue Book estimates the company sold about 160,000 cars (including Models S, 3, and X) through the end of November. “Last year was around 50,000, so it’s more than triple the sales," says Kelley Blue Book analyst Tim Fleming.

The current price point puts the newest Tesla sedan in KBB's "luxury" segment, but that hasn’t stopped people from buying the Model 3. “It will be the top-selling luxury vehicle this year,” Fleming says. That's against all luxury vehicles, including SUVs. The next best-selling car, the Mercedes C-Class, comes in seventh. Moreover, Tesla sold 2.5 times more Model 3 vehicles than BMW sold 3 Series.

Above: Tesla outsells all other cars and SUVs in the U.S. luxury segment (Chart: Wired; Source: KBB, InsideEVs)

And how does Tesla compare with its automotive brethren on Wall Street? According to Bloomberg, "Stocks of automakers in China, France, Germany, India, Japan, South Korea and the U.S. are down as much as 36 percent... Only one of the world’s 10 most valuable car companies is setting sales records and outperforming the equity market. That would be Tesla Inc., proving that the zero-emission future works."

"How is the rest of the industry, still overwhelmingly committed to fossil fuel, doing? Daimler AG, the parent of Mercedes, lost a third of its value. Porsche Automobil Holding SE declined 23 percent. BMW AG, which brands its product 'the ultimate driving machine,' made stockholders 17 percent poorer. Even Toyota Motor Corp., the global No. 1 making everything from the popular hybrid Prius to the esteemed Lexus luxury line, is down 3 percent. All of the giants, including General Motors Co., Ford Motor Co. and Fiat Chrysler Automobiles SA, reported minuscule sales growth the past five years, a major reason why they are investor also-rans," notes Bloomberg.

Above: Tesla's total return in 2018 outshines all other automakers on Wall Street (Source: Bloomberg)

"Tesla became No. 3 in market capitalization among the 20 largest automakers with a total return (income plus appreciation) dwarfing the few that are up on the year when the industry average was a loss of 13 percent. Tesla also produced the greatest risk-adjusted return, which is the market’s way of saying that Tesla investors received the most compensation for price fluctuations," according to data compiled by Bloomberg.

With Tesla's planned expansion in European and Asian markets in 2019, Forbes says, "As major automotive makers batten down hatches for the stormy financial times ahead, U.S. upstart electric carmaker Tesla Inc is set to prosper in 2019." Jefferies analyst Philippe Houchois agrees, "Tesla is one of the few (manufacturers) likely to grow earnings in 2019-20.”

Above: Even serial Tesla bashers, like (gasp!) Fox Business News, are giving kudos to the company and its boss Elon Musk (Youtube: Fox Business)

According to Inverse, "next year’s rollout to other continents will send sales surging as more consumers get on board." Scott Shepard, senior analyst at Navigant Research says, "The effect here should be considerable. The Model 3 roll-out in North America made it the fastest growing plug-in vehicle market in 2018." Nevertheless, Shepard notes, "China is a big market for Tesla, but China’s market is already so big that the Tesla effect on it will not be as dramatic as in North America or Europe."