Electric vehicles are getting close to a major tipping point, and it isn’t just fans who are taking notice. The powerful enemies of transportation electrification and renewable energy are beginning to launch a serious counterattack. 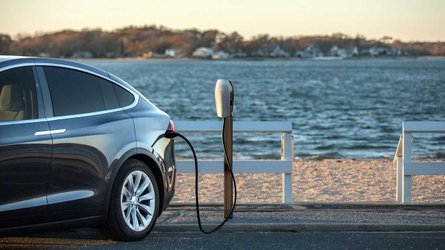 Big Oil Continues To Push Back Against Electric Cars 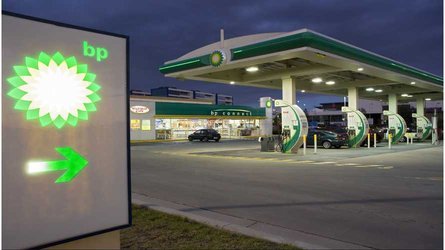 Big Oil Is Not Prepared For The Electric Car Revolution

Is this a conspiracy theory that can be dismissed? Not really. The definition of a conspiracy is different actors working together in secret. While the efforts of EV enemies - legacy automakers, oil interests and “conservative” governments - do complement one another, as far as we know they haven’t formed any formal cartel (nor do the Lizard People, aliens or Elvis seem to be involved). And there’s not much secrecy about what they’re doing. The efforts of oil industry-backed groups to hold back the electric tide are well-documented, most recently in a lengthy article in the New York Times.

The Trump administration has been working with auto industry trade groups (openly, not in secret) to water down federal fuel economy standards since before the president’s inauguration. This is a legal process that will take many months to play out, and advocates on both sides of the issue are working to sway public opinion. As the Times reports, Marathon Petroleum, the country’s largest refiner, has devoted much effort and money to ensure that the standards get rolled back. Along with its allies - oil industry trade groups and a network of conservative “think tanks” financed by billionaire bogeyman Charles G. Koch - Marathon argues that the US now has so much oil that it no longer needs to worry about energy conservation.

“With oil scarcity no longer a concern,” Americans should be given a “choice in vehicles that best fit their needs,” read a draft of a letter that Marathon helped to circulate to members of Congress. According to the Times, official correspondence later sent to regulators by more than a dozen lawmakers included phrases or sentences from the industry talking points, and the US administration’s proposed rule rollback relies on similar arguments.

Marathon Petroleum has also teamed up with the American Legislative Exchange Council, a reliable opponent of environmental regulation, to draft pro-industry legislation for state governments. ALEC’s handy guide to the issue describes current fuel-efficiency rules as “a relic of a disproven narrative of resource scarcity” and says “unelected bureaucrats” shouldn’t tell Americans what cars to drive.

Meanwhile, a major Facebook campaign, covertly run by an oil-industry lobby representing Exxon Mobil, Chevron, Phillips 66 and other oil giants, urged people to write to regulators to support the rollback. The Facebook ads linked to a website with a picture of a grinning President Obama and the question, “Would YOU buy a used car from this man?” The site appears to have been so effective that a quarter of the 12,000 public comments received by the Department of Transportation can be traced to the petition, according to a Times analysis.

The Times article documents the influence Marathon wields over Trump administration officials and state lawmakers around the country. The refiner was a major donor to former Oklahoma State Senator and Attorney General Scott Pruitt, and its CEO, Gary Heminger, met with Pruitt several times after he became Trump’s EPA Administrator (Pruitt resigned in July, under the shadow of at least 14 separate federal investigations).

Above: Big Oil isn't keen on change in the energy sector (Instagram: @energialivre)

Marathon lobbyists provided a letter containing industry talking points to federal lawmakers, according to evidence unearthed by the Times. Nineteen lawmakers from the delegations of Indiana, West Virginia and Pennsylvania sent letters to the Transportation Department that included phrases quoted verbatim from the industry letter to the effect that oil scarcity is no longer a concern.

Marathon sponsored an event in New Orleans that was attended by some 1,500 state legislators and other officials from across the country. There, Secretary of Transportation Elaine Chao, a longtime opponent of federal fuel economy rules, praised the administration’s “regulatory reforms,” to copious applause.

Meanwhile, oil interests are mobilizing on another front: ending the federal tax credit for EV purchases. In October, Senator John Barrasso (R-Wyoming) introduced legislation that would not only abolish the tax credit, but also slap EV owners with a user fee, arguing that the market for electric vehicles “no longer needs the crutch of government assistance.”

Above: A not-so-subtle message from this Tesla owner (Facebook: Leilani Münter)

In a recent article in EcoWatch, Elliott Negin details the support Barrasso and other lawmakers pushing to eliminate the tax credit have received from oil industry groups. Koch Industries has been one of the senator’s top 10 supporters since 2013. The company has also given copious amounts of cash to most of the Republicans on the Senate Finance Committee and the House Ways and Means Committee, which will have to approve any change to the EV tax credit.

Shortly before Barrasso introduced his bill, 30 “free-market organizations” signed a letter to Kevin Brady (R-Texas), Chairman of the House Ways and Means Committee, urging Congress to either retain the 200,000-EV cap or “eliminate the tax credit entirely.” The letter was organized by the American Energy Alliance, the political lobbying arm of the Institute for Energy Research. The president of both groups is a former lobbyist for Koch Industries, and Koch foundations gave $8.9 million to the two groups between 2012 and 2016. ExxonMobil and the American Petroleum Institute are also patrons.

A spokesman for Koch Industries told the Times that the company has “a long, consistent track record of opposing all forms of corporate welfare, including all subsidies, mandates and other handouts that rig the system.” In fact however, the efforts of Koch and its free-market-loving allies tend to focus on tax breaks for clean energy - they seem to have no objections to subsidies for the oil and gas industry. Mr. Negin cites a 2011 study by investment firm DBL Partners, which found that, since 1918, permanent oil and gas tax breaks and other subsidies have averaged $4.86 billion per year in 2010 dollars - the equivalent of $5.62 billion per year today.

Above: Zac and Jesse discuss some of the reasons the oil industry is trying so hard to prevent the advent of electric vehicles (Youtube: Now You Know)

There’s much, much more in the New York Times and EcoWatch articles, which are both very long and very well-documented. EV advocates who feel like getting depressed (or oil lovers looking for some heart-warming Christmas cheer) may choose to delve further into the vast networks of influence, misinformation and money wielded by those seeking to smother the electric baby in its cradle. Suffice it to say here that oil industry groups are attacking electric vehicles on many fronts all over the world, and their efforts are well organized and extremely well funded.

Is there any hope? Mr. Negin thinks so. Demand for EVs is growing, and there are now more than 40 plug-in models on the market. The costs of batteries and other key components are steadily falling, and they should become even cheaper as more automakers ramp up production. Policymakers in California, China and Europe have (so far) held out valiantly against anti-EV pressure. The global auto industry is in turmoil, and there are pro-EV factions in the boardrooms that may yet gain the upper hand.

Every major technological shift meets with resistance, but the defenders of the past seldom prevail for long. The battle for the future will be a long and bloody one, and it will claim many innocent victims (such as the GM employees who lost their jobs just in time for the holiday season), but it’s one that we can win.