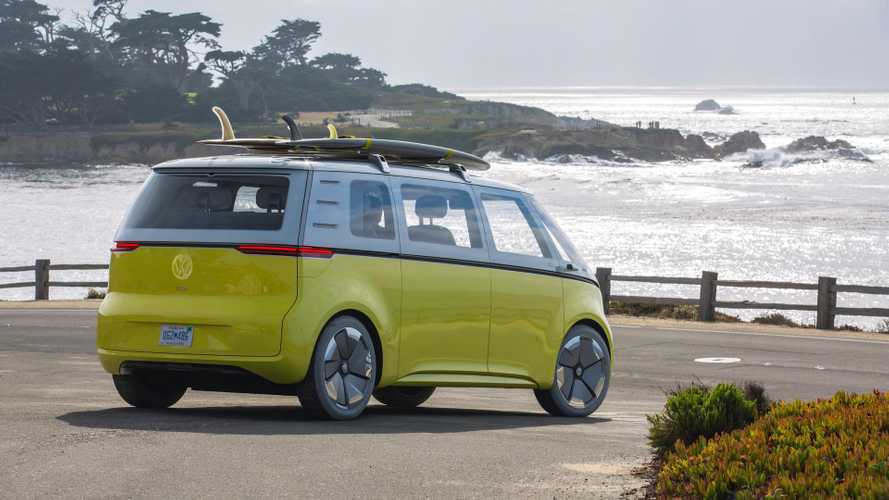 Could this be for a new electric amphibious concept?

Volkswagen is up to something these days. Well, every car manufacturer is, but the German marque seems to be up for nostalgia with its recent trademark application. As spotted by AutoGuide, VW has filed for the trademark of the name "Type 7."

In case you didn't know, the People's Car brand used to name its cars simpler by using "Type" and then followed by number designations.

To recall, the Beetle was referred to as the Type 1, while the Kombi – the spiritual predecessor of the I.D. Buzz Concept above – was called the Type 2. A compact car was then called the Type 3 while the Type 4 used to be a wagon. Digging deeper, the last time VW used the name Type 7 was for a military vehicle in the 1940s called the Schwimmwagen, which literally translates to "Swimming Car." Does this mean that VW is working on an amphibious concept?

Moreover, it won't be a long shot if the company uses the Type 7 for an additional electric concept to extend the I.D. Concept range. An electric amphibious vehicle? Why not, right?

We may or may not see the Type 7 in production nor as a concept vehicle, as car brands have the knack of filing everything for a trademark without actually materializing into something. AutoGuide speculates that VW might reveal a concept at the 2019 Geneva Motor Show in March, but we're not counting on it.

Besides, VW also filed for Type 7 trademark under product merchandising, alongside its automobile classification for the name. So basically, we're on a guessing game right now, and all we have to do is wait for VW's next move.