Volkswagen is already testing the prototypes of the new electric car called ID. (VW recently omits the second point in the name known so far, ID). Currently, the tests have already begun (with the internal name Neo) in South Africa and there are already official images of the car: an opportunity to let our illustrator realize a rendering. And to take stock of what we know so far about this zero-emission Volkswagen. Will we see it in 2019? Here are all the news coming soon.

In the front, our rendering image shows some more air intakes than the concept, while the headlights look more conventional, as do the doors. The wheels look aerodynamically sophisticated as in the prototype, and there is a large windscreen and narrow taillights. Not much is known yet on the ID, but there should be three versions:

Looking at the adversaries, the basic version could have 150 hp (like the Nissan Leaf), while the top of the range could be 200 hp (like the Kona). Id. it should have an integrated 7.2 or 11-kilowatt charger and a DC fast charge connection with 125 kW power. 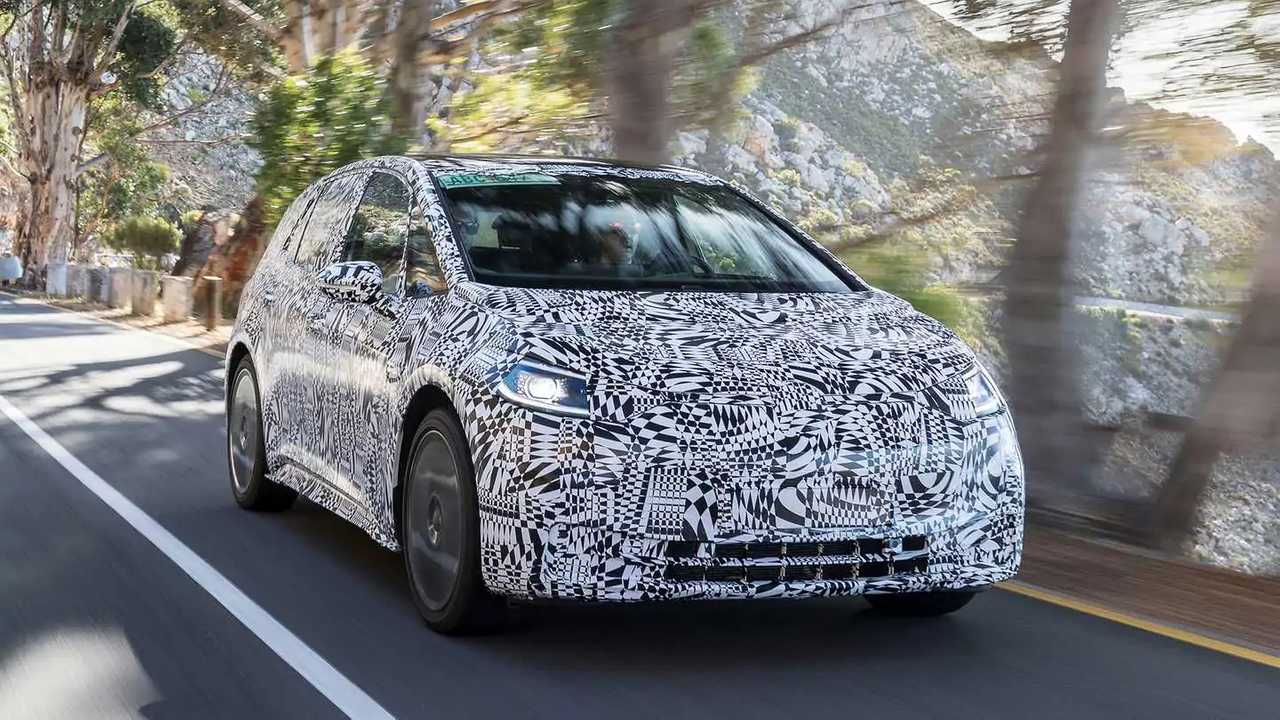 The size of the ID. they should be similar to those of Golf. The technical basis is the modular electric platform (MEB). But the step, of 2.83 meters, is longer than that of a Passat of today: that the aims of the ID. are they going to compete in a higher segment? Inside, the ID will probably have a few buttons, a large touch screen and a new voice recognition, without forgetting the small display behind the steering wheel.

The ID should compete primarily with the Nissan Leaf and Hyundai Ioniq, but also with electric SUVs such as Hyundai Kona electric, Kia e-Niro and Kia e-Soul. And perhaps, especially with the 600-km version of autonomy, even with the Tesla Model 3. Produced in Zwickau since the end of 2019, the ID will be launched at the end of 2019 or early 2020.