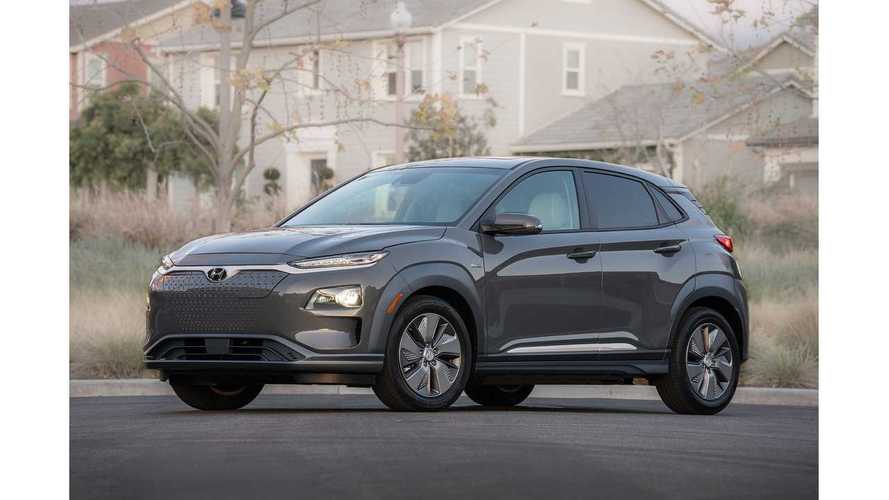 The Hyundai Kona EV quietly pushed back in Canada.

It has been roughly six months since Hyundai opened Canadian pre-orders for the Kona Electric in July of 2018. The South Korean automaker was initially expected to begin deliveries in late fall of 2018. According to a Canadian dealer blog post from earlier this year "The 2019 Kona Electric models will be available at Canadian Hyundai dealers in the fourth quarter of 2018."

Most hopeful owners were provided estimated delivery dates of October and November when they placed their $1,000 pre-order deposit. But based on complaints from around the web, the roll out has not gone as planned.

More About The Hyundai Kona Electric

Early in July, one InsideEVs reader placed a $1,000 deposit on the compact crossover and was told to expect an October delivery. Despite being given an expected October delivery date, the buyer was not contacted by Hyundai until mid-September. At that time, a form e-mail was received stating that Canadian Kona Electric production would occur between October and December of this year.

Two months later, Hyundai sent a follow up with the assurance that the vehicle would be built in November. The e-mail stated that a VIN number would be provided as soon as it was available and the car would be delivered in January.

Another month passed before a third e-mail was received. But instead of a VIN number and delivery info, it contained a $100 holiday gift card as a token of gratitude for buyer's "patience". Unfortunately no further details on vehicle production were provided.

Dealerships seem to be similarly out of the loop.

So far this seems to be the experience of every Canadian buyer. November and December have passed with buyers and dealers completely in the dark. The InsideEVs comment section and forum have seen multiple buyers share nearly identical experiences. Auto dealership employees that have spoken up are similarly wanting firm details. Some dealerships are now telling buyers to not expect deliveries until Q2 of 2019. Others are still quoting delivery dates for early January but are unable to provide any further information.

One buyer on reddit reports their dealership is not providing refunds on canceled orders once the car has been built. In a reddit post, the buyer was told that "Hyundai will be charging dealers $1000 for every reservation refund after the car is built, and $2000 for every reservation refund that occurs after the car arrives at the dealership." If correct, this means the dealer in question is passing this penalty onto the consumer.

Thankfully other buyers were able to successfully refund their deposits following the repeated push back. Hopefully Hyundai will clearly communicate any further delays to buyers and dealers.

The Kona Electric is also expected to launch in California in Q1 2019. Hyundai claims that they will be able to satisfy consumer demand in the states. This will be quite difficult since they have not announced plans to deliver the Kona Electric outside of ZEV states. Up until now, Hyundai has also been notorious for not keeping sufficient stock of electric vehicles at U.S. dealerships.

Test drives of the vehicle have been extremely positive but it appears that supply will be an issue yet again. Are you anxiously awaiting delivery of the Kona EV in North America? Let us know about your experience in the comment section below.