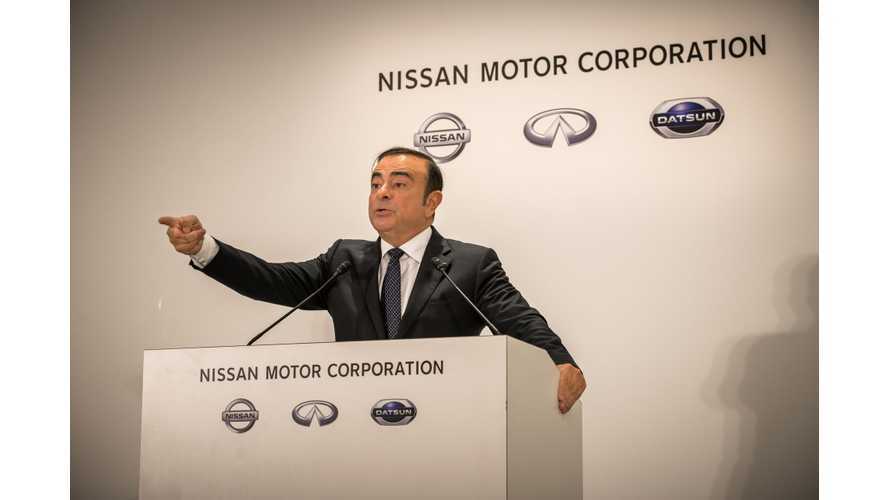 After about a month in detention in Japan, it was expected that Carlos Ghosn - who leads the Renault-Nissan-Mitsubishi Alliance - would be free on Friday 21, as Tokyo District Court unexpectedly rejected prosecutors’ request to extend the arrest.

Reporters were ready for a press conference with Carlos Ghosn, but as often happens in Japan, prosecutors announced new allegations to gain another 10 days of arrest (at least through the end of this year).

It's already his third arrest, which will extend the total detention to about 40 days, during which the suspect can be held, interrogated (up to eight hours a day) without the presence of a lawyer, while prosecutors pursue their investigations without indictment. Interestingly, Greg Kelly is not included in the third set of allegations, which in theory opens up his chance for release on December 25.

"The Tokyo prosecutor said the fresh arrest was based on suspicions that around October 2008, Ghosn shifted personal trades to the automaker to make it responsible for 1.85 billion yen ($16.6 million) in appraisal losses, and inflicted damage on Nissan by having it deposit a total of $14.7 million on four occasions between June 2009 and March 2012 into a related bank account. "

Carlos Ghosn Unanimously Discharged By Nissan Board of Directors

The maximum penalty, if the allegations are proven, is 10 years in prison and/or fines (over $6 million).

The main question about Carlos Ghosn is about the internal situation in Renault-Nissan-Mitsubishi Alliance. The three separate entities were acting as an alliance, but apparently, not everyone was happy about the leading role of Renault, which owns 43% of Nissan.

The Japanese company was rescued from near-bankruptcy by Carlos Ghosn, but the Japanese government and probably some of Nissan's shareholders weren't happy about a possible upcoming merger/acquisition of Nissan by Renault. It could be a reason to remove Carlos Ghosn (as well as why Renault is not removing Ghosn).

The other thread is that Carlos Ghosn apparently intended to remove current Nissan CEO Hiroto Saikawa because of poor results of the company.

Well, it seems that the upcoming press conference with Carlos Ghosn (in January at the earliest) could be an earthquake for the Nissan and Alliance. Not a good sign for Nissan, which already postponed LEAF e-Plus “to ensure that this important product unveiling could receive the coverage it merits”.