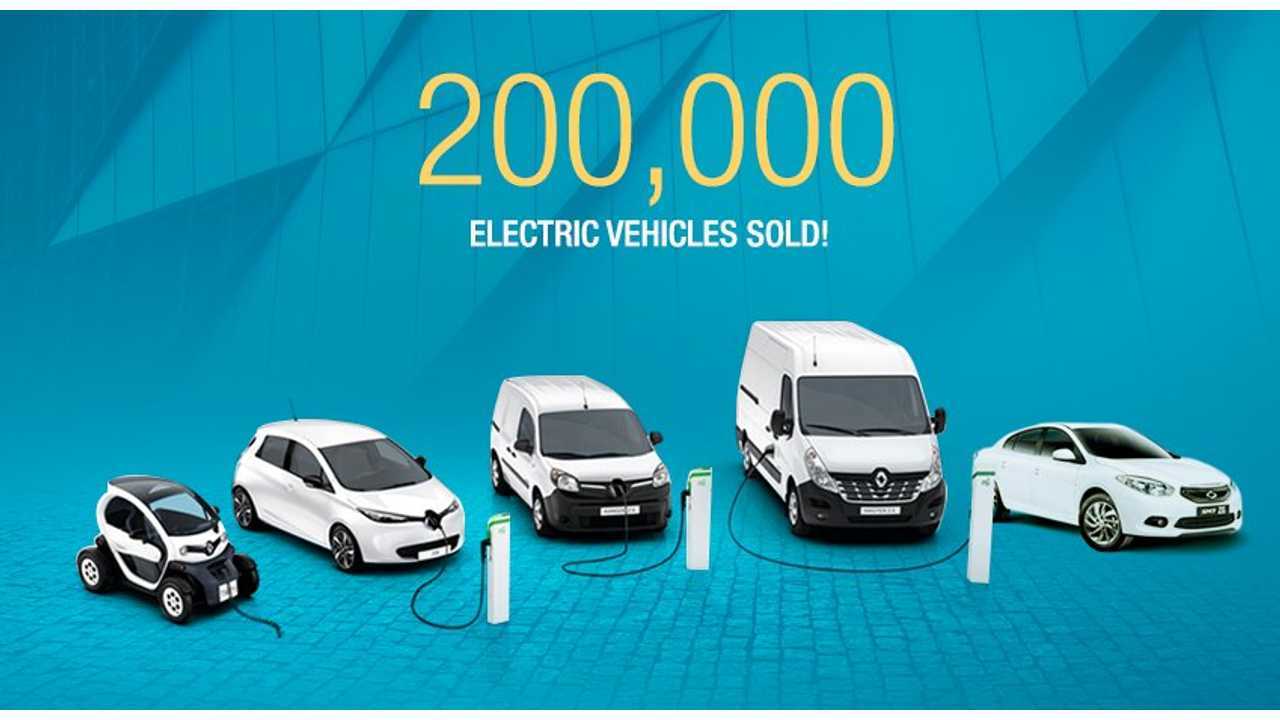 Our data and estimations (as of the end of November) shows that almost two-thirds of the result falls on the ZOE:

Assuming that Renault EV sales in almost entirely limited to Europe it's not bad. However, if you back several years to 2010, you will see that results are far from the original goals of 200,000 EV annually, including 150,000 ZOE annually by 2015. Today, it's maybe 50,000 EVs annually, including less than 40,000 ZOE in the past 12-months, after a significant upgrade of battery capacity for ZOE and Kangoo Z.E.

To increase the volume more affordable models will be needed, which hopefully will be possible with a new platform from Renault-Nissan-Mitsubishi Alliance.