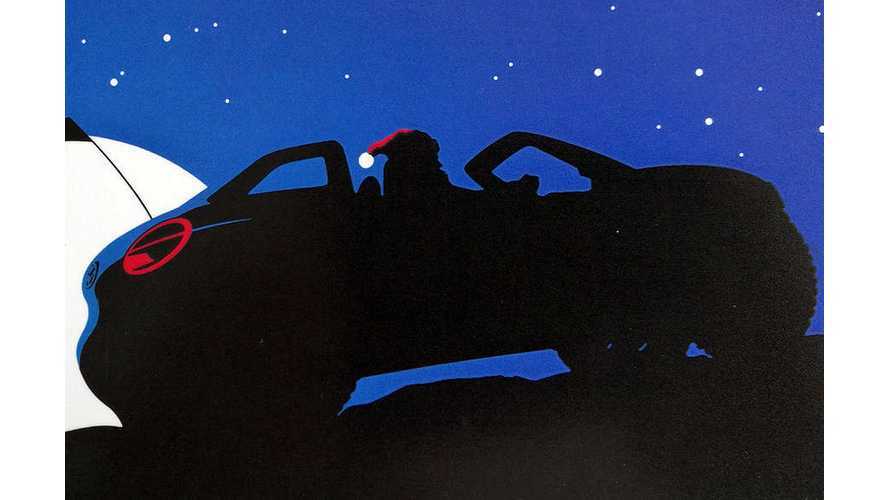 Volkswagen has sent out its Christmas cards. Besides celebrating the holiday season, it teases an interesting new product. As you can see in the image above, it appears Santa has first crack at a vehicle that follows in the throwback tracks of the company's Bus-inspired I.D. Buzz. This time around, it seems to be a take on the famous Meyers Manx. That was an open-top buggy built on a shortened VW Bug chassis. It meant for bombing across the sands of the southern California deserts.

This is, as you may remember, the dune buggy we were recently telling you about. It's the second of three "I.D." retro designs said to originate from the automaker's CEO Herbert Diess. The I.D. Buzz, of course, is the first, while the yet-to-be-revealed third is supposedly a 5-door hatchback recreation of the classic Beetle.

According to Autocar, the electric knobby-tired buggy is bound for the Geneva Motor Show. Once fully revealed, we imagine the automaker will gauge public sentiment towards the interpretation. With no roof and a free-standing windshield, it seems an unlikely choice for mass production. Still, we'd be happy to see it get an enthusiastic reception. In small numbers, and at a premium price, it could be a unique sort of halo car: a vehicle meant to increase attention to the entire brand.

Currently, it's under construction at the Volkswagen R&D facility in Braunschweig, Germany (or, possibly, on loan to some clandestine outfit headquartered at the North Pole). An eventual production version would share the MEB platform that underpins the entire I.D. lineup. and is integral to Volkswagen's battery-powered future.