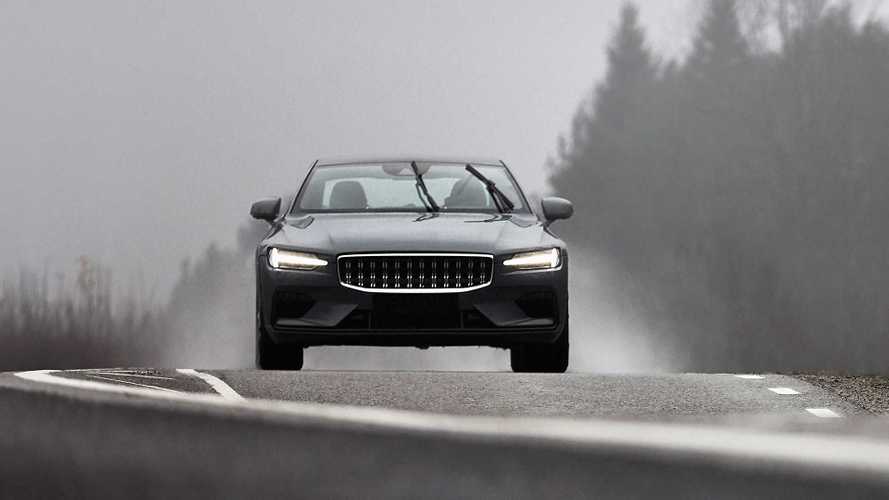 Polestar 2 will be the size of a Tesla Model 3 and priced to compete.

Tesla, Audi, Jaguar and a host of Chinese car companies garner the most attention for introducing new, capable, long-distance electric cars. But the spotlight in early 2019 will soon turn to a new EV brand: Polestar.

Polestar Cube Is All-Electric Brand's New Digs, Not A Destroyer Of Worlds

Polestar is Volvo’s new dedicated brand of premium plug-in electric cars. InsideEVs spoke with Greg Hembrough, the North American chief of Polestar, to learn about Polestar’s go-to-market strategy and how it will shake up the electric-car market. “There is a credible new EV contender coming to the marketplace in 2019,” Hembrough told us. “And it’s coming with 91 years of engineering prowess behind it,” referring to Volvo.

The brand’s first offering is the Polestar 1 (shown above). It’s a high-performance, ultra-luxe plug-in hybrid providing more than 90 miles of all-electric range. With that amount range, drivers will seldom use the vehicle’s internal combustion engine. But when they do, the combination of its 2.0-liter supercharged and turbocharged engine, two 163-kW motors, and a single 35-kW integrated starter/generator will produce more than 600 horsepower. “It’s a halo product,” said Hembrough. “If you look at the specifications, acceleration, and handling, it’s in supercar territory.”

Because it’s also priced like a supercar at $155,000 (with a limited annual production run of 500 units), it’s easy to dismiss the Polestar 1 as a niche product. Hembrough confirmed that the first year’s output is already spoken for – and the company will produce the plug-in hybrid for at least two additional years. The first year of production begins in mid-2019.

But the company has much bigger electric aspirations. Of course, to have any role in disrupting the EV space, Polestar will need a more affordable model. Enter the Polestar 2, a 300-mile all-electric five-passenger four-door fastback. Hembrough said the Polestar 2 will be about the size of a Tesla Model 3, Audi A4, or BMW 3-Series. “We can’t confirm pricing at this point, but I can tell you that the car will be competitive in that segment,” he said. Previous reports indicate a price tag of between about $40,000 and $65,000, with annual production of 50,000 units.

“It will be the first battery-electric vehicle in the Polestar portfolio,” said Hembrough. “From then on, every vehicle that we bring out will be a dedicated full-electric model.” The Polestar 2 will be revealed in late Q1 2019.

Hembrough didn’t give many hints about the Polestar 2’s design. “When I sit in the showroom at Polestar, as recently as two weeks ago, to see the design language of the vehicles, they are refreshing and surprising but not polarizing,” he said. According to Hembrough, the product of a “Scandinavian pen” suggesting Volvo-like lines. Hembrough threw in a shot at the Jaguar I-Pace’s looks. “The I-Pace has a very polarizing design,” he said. “People either love it or wonder what planet it comes from.”

It’s uncertain how the Polestar 2 will strike the balance between being “a disruptor in the industry,” as Hembrough put it, and “not shocking or polarizing.”

“We will start with a West Coast strategy,” said Hembrough.

Hembrough promised that the Polestar 2 will eventually be offered with different powertrains and battery packs – another innovation started by Tesla and being adopted by newcomers. “As the product involves, we will offer different variants,” said Hembrough. He also teased that the Polestar 2 will have “very unique touches and attributes that have not yet been brought to the marketplace.” He said that it will be the industry’s first car to have an interface built using Google Android technology. That means Google Maps and Google Assistant will be core functionality.

Get One at the Mall

How will you get your hands on a Polestar 2? “We will start with a West Coast strategy,” said Hembrough. He said the first cities will be Seattle, San Francisco, Los Angeles, and San Diego. That’s where you might see the first so-called Polestar Spaces – retail environments between about 2,500 and 3,000 square feet and co-located in stores such as a Restoration Hardware or a high-end clothing store.

Consumers will go there to learn about the car and arrange a test drive. Shopping experiences are likely to start online, followed by a visit to a Polestar Space, where consumers will use a kiosk to initiate a purchase.

While Volvo dealerships form the backbone of the experience, Polestar customers might not have any interaction with the Volvo brand. They will never set foot in a dealership. Maintenance and repairs will be conducted through a concierge service. “With the simple press of a button on an app, you will have the car picked up and brought to a Volvo facility where a Polestar technician will repair the vehicle,” explained Hembrough. “Then the vehicle will be delivered back to you.”

Geely, the Chinese carmaker, owns Volvo/Polestar. All Polestar cars will be manufactured in Polestar’s new factory in Chengdu, China. Hembrough pointed to the need to produce electric cars for the Chinese market, which is the biggest EV market in the world. Polestar said the Chengdu factory, expected to be the most eco-friendly car factory in China, is built from the ground up to produce electric cars. The Polestar 3 is expected to be a large, all-electric SUV.