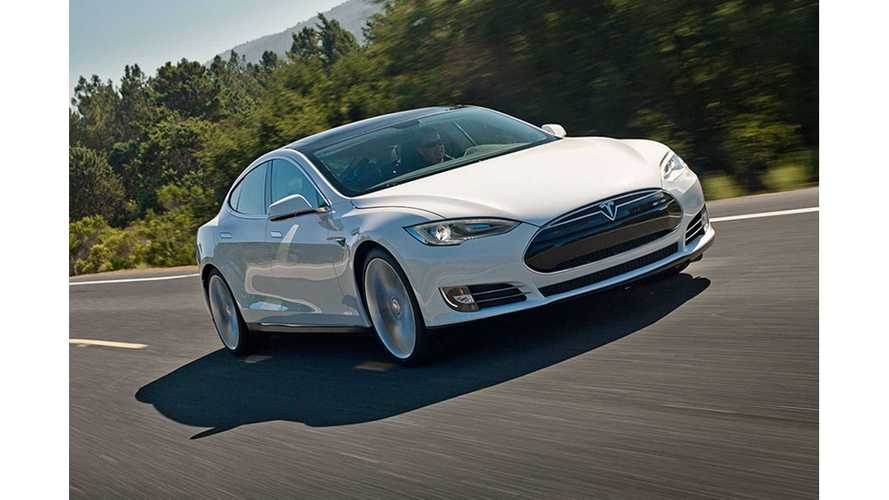 Marco “Speedy” Jeanrenaud, a resident of the Lake Geneva region of Switzerland, is a connoisseur of the automobile. A lover of classic American cars, he has owned a 1976 Cadillac, a Dodge Charger, several Ford Mustangs, a Range Rover SUV, and Harley and BMW motorcycles (as well as more prosaic vehicles, including a Hyundai minivan and a Honda Civic).

For years, he was highly skeptical of hybrids and EVs, but like most of his performance-loving ilk, was intrigued by Tesla. He took a couple of test drives, but wasn’t ready to step on the pedal until one day in 2016 when he went to a launch event for a new Jaguar. There was a Model S next to the new Jag in the parking lot, and that was all anyone at the party seemed to be talking about.

After another test drive and a few long talks with his wife, Mr. Jeanrenaud bought a dealer demonstrator Model S 70D for a bargain price of 74,000 Swiss francs ($75,480).

Speedy soon became an ordained Tesla EVangelist, and since then he eagerly explains to anyone who will listen why they ought to go electric too. The performance and amenities of his Model S are far superior to any car Mr. Jeanrenaud has owned. Since becoming accustomed to the Tesla, he’s driven several high-end gas burners, which he now describes as “pieces of junk” (and other, more colorful epithets).

Speedy is convinced that, in the long run, the Tesla is cheaper as well. To prove it, the analytically-minded Swiss prepared a spreadsheet with data on his favorite cars that he’s owned.

He assumed usage of 40,000 km/year, and a gas price of 1.50 francs per liter. His local electric utility offers a time-of-use rate that reduces his electricity cost by 50% when he charges after 9:00 pm. Based on this, along with usage data from the past two years, Mr. J calculates that it costs about 1,200 Swiss francs to drive 40,000 km. “It is cheaper to drive a Tesla than anything else,” he says.

Written by: Charles Morris. An earlier version of this article appeared in Charged.