The Hyundai Kona EV is taking home awards from across the globe.

Unfortunately, the Hyundai Kona Electric has not made it to dealers in the United States quite yet. But if awards are any indication, Hyundai has a hit on their hands. Because the all electric crossover has recently taken home several major honors in North America and Europe.

More About The Hyundai Kona Electric 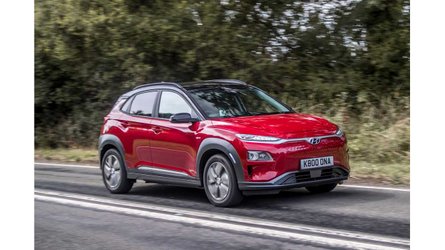 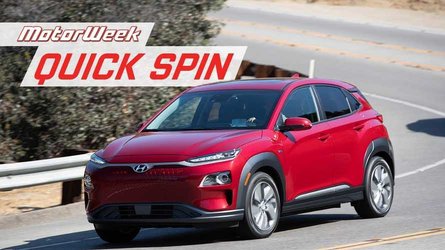 MotorWeek Takes Hyundai Kona Electric Out For A Spin

In Spain, the Kona was given the Best Car of the Year award by newspaper ABC. The award is not specific to the electric model, but the long range BEV model was a factor in the decision.

With its 279-mile range, the Hyundai Kona Electric represents outstanding value for money when compared with rival offerings. As the first to bring a long-distance EV to mass-market customers – and with such a capable package – Hyundai’s Kona Electric is NGC's Car of the Year 2018.

Across the pond in the U.S., the Kona Electric was ranked one of the WardsAuto 10 best "engine" slots. Of course, this isn't the first time an all electric vehicle has been granted a position on the list. WardsAuto has been recognizing electric drive more frequently. According to the publication:

With all that thrust arriving almost immediately, it is virtually impossible not to burn rubber in the Kona Electric – only the slowest, most measured take-offs avoid doing so.

Although the U.S. is still waiting for the rollout, pricing and range of the 64 kWh model are excellent. In fact the car is very competitive with the current (non-Tesla) all electric sales leader: the Chevy Bolt EV. The electrified Hyundai Kona has great potential in the states if Hyundai ships enough to meet demand.