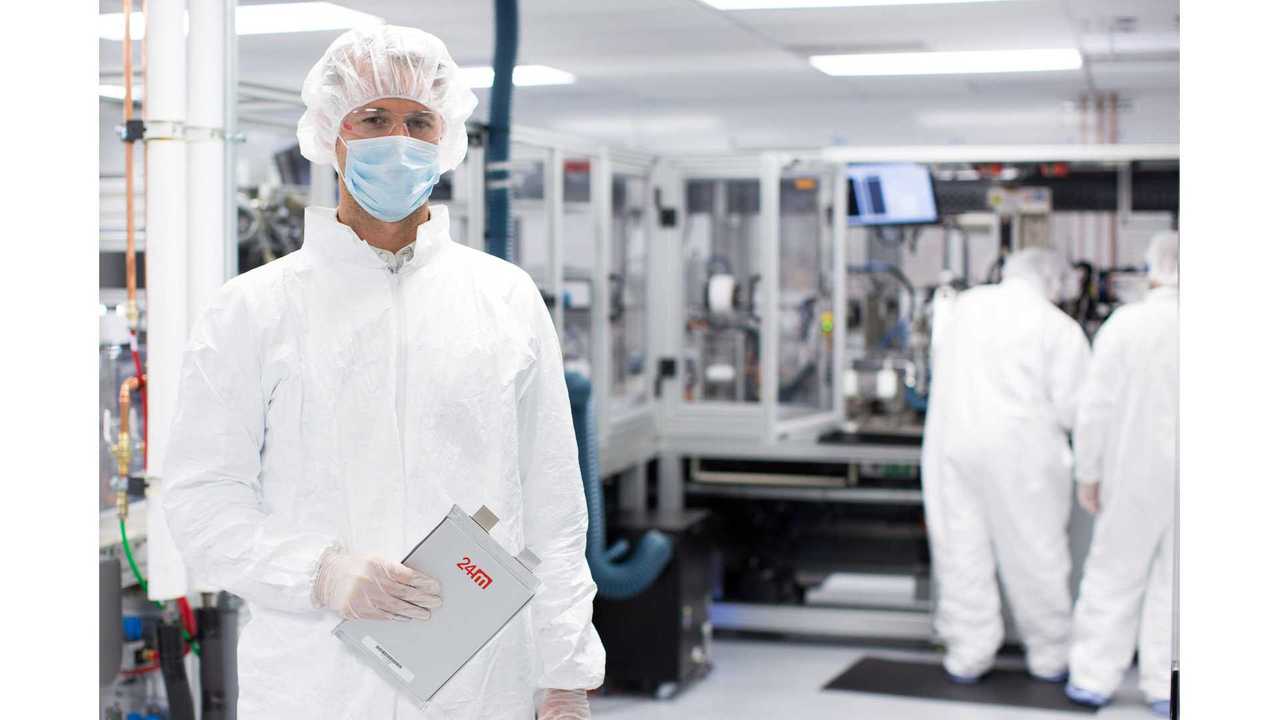 24M - co-founded in 2010 by Dr. Yet-Ming Chiang, who previously co-founded A123 Systems - has raised $21.8 million in Series D funding with a goal to scale up solid-state battery production and develop affordable, high energy density batteries for electric vehicles.

We heard about 24M in 2015, when the company emerged from stealth mode. 24M works on a novel SemiSolid lithium-ion battery design and production process that could enable to produce batteries at much lower cost.

The prospect must be promising as 24M attracted well known names and completed another round of funding.

"The financing was led by advanced ceramics manufacturer Kyocera Group and leading global trading company, ITOCHU Corporation. Also participating in the round were previous investors, including North Bridge Venture Partners."

Here is more about the 24M developments:

"24M introduced its novel SemiSolid lithium-ion battery design in 2015, and has since leveraged its own semi-automated pilot facility to substantially advance both cell design and production readiness. 24M is now ready to globally scale its unique, capital-efficient, low-cost approach to advanced lithium-ion battery manufacturing.The SemiSolid process, which uses electrolyte as the processing solvent, eliminates capital and energy intensive steps like drying, solvent recovery, calendaring and electrolyte filling. 24M leverages the process via differentiated cell designs, eliminating the need for significant inactive material (copper, aluminum and separator), resulting in both a structural bill of materials advantage and a lower cost to manufacture. Further, the incorporation of electrolyte during the binderless slurry mixing process presents unique approaches to high energy density cell designs that have heretofore been impossible to explore."

“We’ve been working diligently to advance our innovative technology and manufacturing process to address both the low-cost grid market, and, more recently, the high energy density requirements of the EV market. We recognize the importance of a high-performance, low-cost solution to a market moving towards regional production, and are ready to scale our cells and manufacturing process.”

“Demand for lithium-ion batteries is escalating rapidly due to increasing interest in electric vehicles and renewable energy, and the differentiated 24M manufacturing process and radical approach to cell design offers a powerful solution to cost-effectively respond to this need with a superior product. Through this investment, ITOCHU is excited to be working closely with 24M to promote the global production of next-generation SemiSolid lithium-ion batteries.”