Let's Reminisce Now That We've Hit One Million EVs Sold In The U.S. 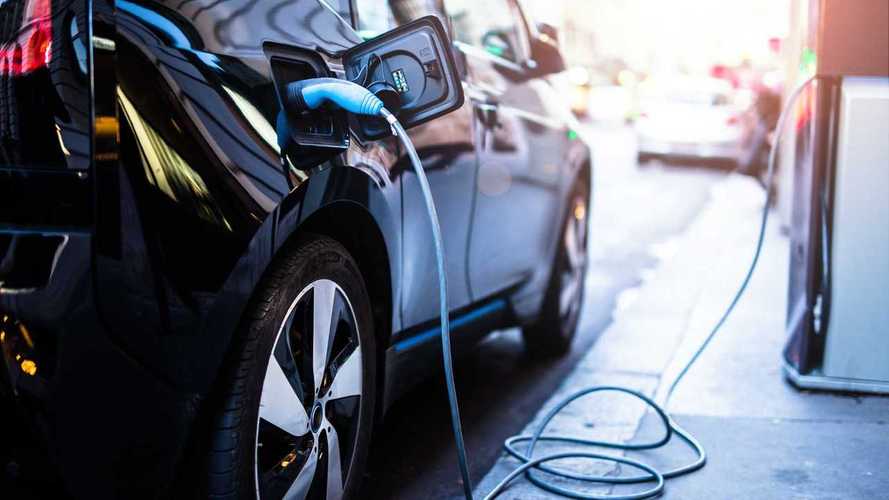 At some point this fall, someone somewhere drove the millionth electric vehicle sold in the US off a car lot and onto the road (Europe passed the one-million-EV milestone in August, and China reached it about a year ago, The Guardian reports). With a new generation of EVs beginning to hit the market, and massive numbers of public chargers under construction from coast to coast, the electric future is beginning to take shape. But it’s been a long and bumpy road since 2010, when the first mass-market EVs were introduced. We would never have gotten to this point without the far-sightedness of policymakers around the world, the tireless dedication of advocacy groups such as the Sierra Club and Plug In America, and (of course) the pioneering work of industry trendsetter Tesla.

For those who believed in EVs back in the dark days when GM rounded up and crushed all the units of its first-generation electric vehicle, the EV1 (only two exist today, one at the Smithsonian and one at Disney’s EPCOT in Florida), the million-car milestone is a heady moment to be savored, and an occasion to look back. Advocacy group Plug In America asked several electric pioneers for their memories of the lean times.

“I remember dreaming with my husband, David Raboy, another early EV advocate, as we were huddled in the back of our 1999 Ford Ranger NiMH in the bitter cold of the Central Valley fog during the Sacramento vigil to prevent Ford from crushing our truck, that one day most cars would not have a tailpipe, that these vehicles would help craft a world free of oil,” says Heather Bernikoff. “While we have hit 1 million cars, we are still seeking that tipping point. As a Native (Yoeme) and Latina, one of the best things I see is the increased diversity of EV drivers. For people with low incomes, the low cost of EV ownership saves precious dollars. For communities of color who bear much of the pollution burden, EVs can displace idling from commercial trucks at ports. There are new faces, but the EV smile is the same.”

Sherry Boschert was driving electric way back in 2002, when she leased a little Ford Think!City that had a 35-mile range. “Like other EV pioneers, we had to scramble when all the automakers repossessed and destroyed most of the plug-in cars by 2004,” she reminisces. “For a year we drove a couple of conversions (gas cars converted to electric) before we were able to buy one of the few used Toyota RAV4 EVs that had been saved from destruction by the EV activists who founded Plug In America. We ditched the gas car and haven’t looked back. When Nissan launched the all-electric Leaf in 2011, we sold the RAV and bought a Leaf to support the new EV industry. Today we lease a Chevy Bolt EV that regularly goes 250-270 miles per charge. The one-million-EVs milestone couldn’t have been reached without drivers and government regulators demanding them. Let’s accelerate the change!”

Marc Geller also started off with a plastic-body, two-seater Think!City that he bought a month before the September 11 attacks. “The urgency of the transition to renewable, domestically produced electric power for transportation was painfully dramatized,” he writes. “A period of gloom ensued...as car makers and the government turned its collective back on the proven technology I was now using every day to move about Northern California. The 2002 Toyota RAV4 EV I began driving in 2004 today in 2018 has 98,000 miles on its original battery, and I still use it daily. What greater proof of the viability of electric cars can one ask for than the continued use of a 16-year-old electric car its manufacturer expected to die and wanted to crush?”

Jennifer Krill was one of the activists who succeeded in saving a few of the first-generation EVs from the crusher. “We changed the narrative from mourning EVs into action to defend EVs,” she writes. “We organized a ‘car sit-in’ in Sacramento - for seven days we refused to leave the last Ranger EVs until Ford sold them back to the lessees, including my friends, the late William Korthof, as well as Dave Raboy and Heather Bernikoff-Raboy. Our next vigil was more intense - for over a month, we camped outside GM’s lot in Burbank where EV1s were to be crushed, then targeted Toyota, which tried to eliminate RAV4 EVs.”

“To a large extent, we won,” Jennifer continues. “Some cars were crushed, but many were saved; under public pressure and media attention from our actions, Ford and Toyota reversed course and many EVs we saved are still on roads today.”

The organization founded by those early EV fans, dontcrush.com, evolved into Plug In America, which not only advocates for electrification, but provides a range of information and services to prospective auto buyers and auto dealers.

Above: An early promotion from Plug In America showing a gas-powered cell phone (Youtube: Plug in America)

Linda Nicholes got interested in EVs in the late ’60s as a teenager, when she was pumping gas at a service station owned by her dad. “I remember breathing in the lead-laden fumes every time I pumped gas or checked oil levels. And I recall thinking, ‘There’s just got to be a better way.’ So when my friends, Lisa Rosen and Doug Korthof, actually loaned me their sporty, silver EV1 for a week in 2001 to commute to work, I jumped at that chance. And suddenly it all came together: My youthful intuition had been correct! After all those decades I had stumbled onto that long-awaited ‘better way’ through the generosity of my two friends and a little silver GM car with a plug.”

Alexandra Paul bought her first electric car in 1990, “a converted Datsun with a 25-mile range and lead-acid batteries I had to fill with water every 10 days. A few years later, I bought another backyard conversion with a range of 50 miles. In 1996, on its first day, 21-year-old Saturn EV specialist Chelsea Sexton leased me the EV1. It was the first electric car from a big car manufacturer and it drove like a dream with a 100-mile range.”

After 2003, when automakers succeeded in killing the California Air Resources Board’s original zero-emission vehicle mandate, Chelsea Sexton organized protests to try to prevent GM and other automakers from repossessing and destroying their EVs (today Ms. Sexton is one of the best-known writers on EV topics). “That led to a 27-day vigil to protect from being taken to the crusher,” writes Alexandra Paul. “It was the wettest time in LA in years, but at least two EV enthusiasts always kept watch outside, joined daily by sign-carrying supporters. We lost that battle after arrests and the crushing of EV1s, but we won the war: activist drivers formed a community and were now unstoppable.”

“Fifteen years later and almost three decades since my first electric car, I rejoice in seeing EVs on the road,” Paul continues. “There are so many, there is no longer that feeling of belonging to a special group. But this is better: the one millionth car just hit the road, which is more important than the first. The future is here, and it is battery-powered.”

“When you’ve seen the few thousand EVs in the beginning of the modern EV era get snatched back and literally crushed, it’s gratifying beyond belief that one million EVs have been sold in the US,” writes Paul Scott. “Human nature being what it is, the transition has taken much longer than it should have, but with the quickening pace of Tesla’s Model 3 deliveries, recently outpacing all of BMW’s sales for the month of August, the exponential growth of deliveries is finally upon us.”

“It has taken the herculean effort of a brash, 40-something renaissance man to kick-start the transition,” Paul continues. “We are lucky to have Elon Musk to thank for that. With California and European regulators pushing the laggard legacy automakers to get with the program, and Tesla leading the way by stealing market share, the giant ship is finally beginning its turn to clean, renewable energy.”

Above: A milestone achieved — the upward surge to one million EVs in the US (Source: Sierra Club; Chart: EV Adoption; Data: InsideEVs, AFDC)

Barry Woods concludes the article on a note of caution: “It’s too early to celebrate. We haven’t yet solved the critical problem of fossil fuel addiction. Climate catastrophe is real and pressing. A million is a great milestone and long overdue but, until we get the word out to all consumers that they have the power to say yes to a technology that will change the world, we have 262.6 million more sales to go. Stay focused, spread the truth about driving electric, and we’ll get there!”