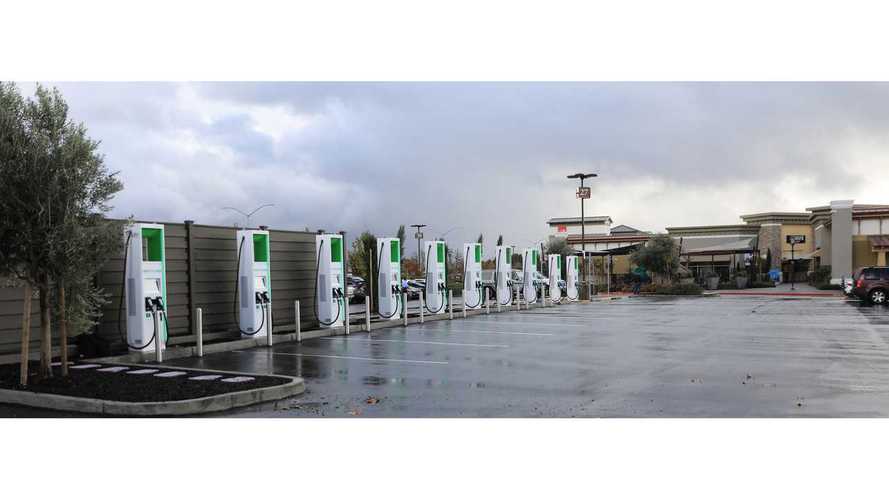 The California Air Resources Board (CARB) approved Electrify America's second-cycle $200 million investment plan for zero-emission vehicle infrastructure and education programs. This portion of the plan was expected to be voted on in last month's meeting, but due to time constraints the Board pushed the vote to December's meeting, which took place Thursday, December 13th.

In last month's meeting, CARB did have enough time to present their analysis of the plan to the Board and recommended its approval, so the approval at this month's meeting was expected. This new cycle of investment will see Electrify America shift from mostly installing DC Fast charging stations along major highway corridors, to installing both DC Fast charge and Level 2 charging stations in mostly urban metropolitan locations. This effort is intended to serve EV owners that live in multi-family dwellings, and do not have the ability to charge at home.

“Electrify America is pleased that CARB has approved the Cycle 2 California ZEV Investment Plan,” said Giovanni Palazzo, president and chief executive officer of Electrify America. “We appreciate the guidance, collaboration and attention to detail provided by the CARB team.”

“I am extremely proud of the Electrify America team as we are on track with our Cycle 1 infrastructure investments,” Palazzo said. “We are excited to help expand California’s EV charging network and begin implementation of the new technology plans outlined in Cycle 2.”

The Cycle 2 plan builds on Electrify America’s initial priorities and expands into new areas, where the need for electric vehicle charging stations and technology are greatest or are most likely to be used regularly. Consistent with the guidance of CARB, Electrify America will strive to ensure that 35 percent of Cycle 2 investments are in low-income or disadvantaged communities.

Highlights of the California Cycle 2 ZEV Investment Plan include:

In Cycle 2, Electrify America also will continue to invest in the six Cycle 1 metros:

These metro areas are expected to account for 89 percent of battery electric vehicles (BEVs) in operation through 2022, according to a 2017 Navigant report. The DC Fast Charging stations will be placed in retail locations but also consider the needs of adjacent multi-unit dwellings where Level 2 (L2) residential charging deployment is oftentimes challenging. Electrify America also will invest in DCFC stations specifically targeting shared mobility drivers - car share, taxis, and transportation networking company (TNC) drivers.

First, Electrify America will develop an online tool that promotes and connects EV buyers with the wide range of residential charging incentives and rebates already available in California and simplifies the application process. This program will be designed to integrate with CARB’s recently announced ‘one-stop-shop,’ which focuses on incentives for the ZEV purchase itself, and together these offerings will provide customers support throughout the entire purchase process.

In addition, Electrify America will offer ‘no-money-down’ residential chargers and installation, enabling buyers who cannot or choose not to pay for the L2 charger installation at home. The cost of installation will be incorporated into a monthly fee.

Finally, Electrify America will develop a platform that will allow drivers with a home charger to potentially offset their electric bills by plugging in and supporting a demand response platform for grid electric power stability.

Electrify America will continue to support the Green City Initiative in Sacramento called Sac-to-Zero. This initiative, which includes two ZEV car share programs, two BEV bus/shuttle services, and substantial investments in associated charging infrastructure, will showcase new uses of ZEV technology while promoting increased ZEV usage across many channels serving low-income or disadvantaged communities. While these programs are funded in Cycle 1, the services – and benefits – of this $44 million Cycle 1 investment will launch and be fully operational during Cycle 2. Electrify America will provide strategic guidance and operational support for these services over the course of Cycle 2.

The Cycle 2 California ZEV Investment Plan benefited from collaboration with the California Air Resources Board and Staff and a comprehensive national outreach period, during which Electrify America received more than 800 submissions and spoke with more than 100 individual submitters. The company held community meetings across California focused on local government and community-based organizations, and engaged with California’s leading academics at UC Davis, UCLA and the National Laboratories.

The public version of the California Cycle 2 ZEV Investment Plan is available at: https://www.electrifyamerica.com/news-updates

Electrify America LLC, a wholly-owned subsidiary of Volkswagen Group of America headquartered in Reston, VA and with an office in Pasadena, CA, is investing $2 billion over 10 years in Zero Emission Vehicle (ZEV) infrastructure, education and access. The investment will enable millions of Americans to discover the benefits of electric driving and support the build-out of a nationwide network of workplace, community and highway chargers that are convenient and reliable. For more information, visit www.electrifyamerica.com