All the traction you're likely to need.

The Mitsubishi Outlander PHEV is a far cry from a one-horse open sleigh. It does, however, appear to do a pretty good job of dashing through the snow. That's an important consideration for many car shoppers in northern climes. Now, the Japanese automaker has put together a fun video (above) to demonstrate its prowess in snowy conditions.

More with the Mitsubishi Outlander PHEV 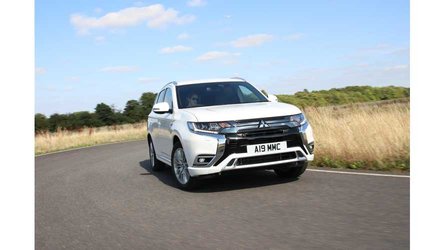 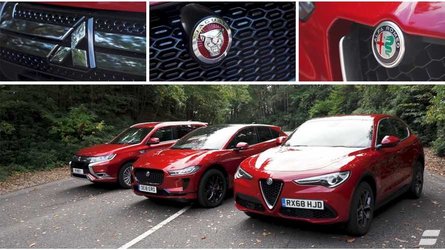 The footage focuses on fun, with just the slightest amount of storyline. A group up skiers are trudging up a mountain when the Mitsubishi plug-in hybrid makes an appearance. We see it pull up to them on the slope and ropes are pulled out of the back to be passed around. Fast cut then to some spirited driving up a steep, snow-covered road.

Now we learn of supposed motivation to make the video. Apparently, Twitter user @mike77 (an actual, existing account, though protected and with a single tweet) stated that "Electric cars aren't made for adventure." Cut, then, to adventure: the Outlander PHEV actually pulling the skiers up the hard-pack hill. Freestyling ski action quickly ensues.

While it might be easy to pass off the video as nothing more than a stunt, the technology that enables these antics certainly exists in the crossover. The Outlander PHEV boasts an electric motor on each axle and uses traction-control software to ensure excellent grip in slippery conditions. They call the system "Super All-Wheel Control (S-AWC)" and it apparently incorporates and manages yaw control, anti-lock braking system (ABS), active stability control (ASC), along with traction control (TCL).

The result is grip and control that should help owners deal with whatever winter sends their way (at least, if they additionally make the prudent investment in snow tires). It's also nice to know that at least some of those miles will be powered from a plug. It's rated by the EPA to achieve 22 miles using only electricity in warmer conditions, though we expect winter temperatures would lower that number somewhat.