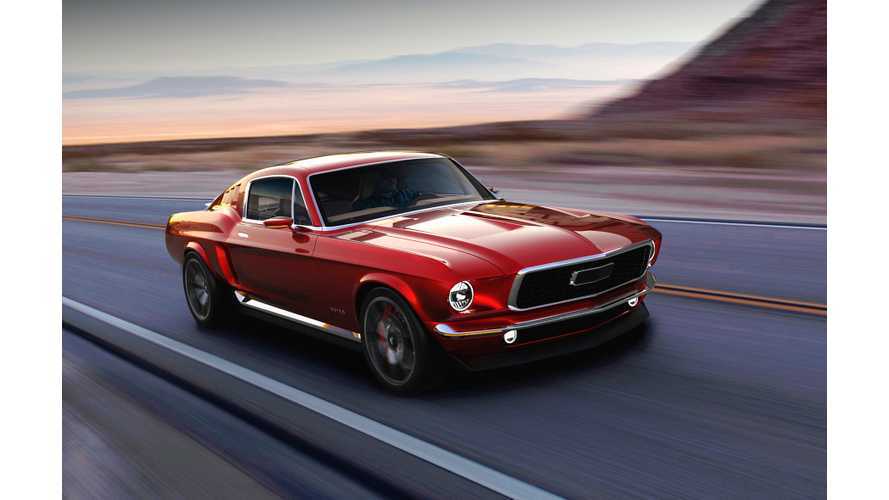 And ... here's another Russian EV concept taking cues from an old-school American icon.

As some of you may remember, Russian gun manufacturer Kalashnikov came forth with the prototype of all prototypes. An upcoming electric car with the facade of a vintage American vehicle. Well, that seems to be becoming more popular these days, as we now have another Russian company that wants to bring an all-electric Ford Mustang to market ahead of Ford itself. However, this pony is based on a 1967 Ford Mustang Fastback.

Russian "How Do You Like This, Elon Musk?" Memes Are Hilarious

The automaker in question here is known as Aviar. While its concept and specs can surely be called "vaporware" at this point in the game, it's still exciting, nonetheless. The Aviar electric car could offer a 2.2-second 60-mph sprint, a top speed of 155 mph, 840 horsepower, and a whopping 315 miles of range. It will get its range from two electric motors and a 100-kWh battery pack. It seems these folks have taken a very close look at the Tesla Model S.

In order to get so much range and power out of the configuration, Aviar has plans to build its car with only carbon fiber and aluminum. The company also boasts an air suspension that would work to adjust ride height by up to 2.9 inches. Additionally, the car will feature a 17-inch touch screen. So, we're talking about a spot-on-spec Tesla vehicle with a retro-Mustang body. Interestingly, the company says it will have built-in exhaust notes from a Shelby GT500. Hmm ...

While these Russian concepts are very intriguing, we have no idea how and if they will ever come to market.

As always, share your thoughts with us in the comments section below.