How about a closer look at whether hydrogen-powered cars can find success.

At InsideEVs, we cover all electric vehicles, as long as they have a plug. While some people don't realize it, hydrogen fuel cell cars (FCEVs) are electric vehicles. However, we don't focus much on FCEVs since the technology is not very efficient and it's highly limited in terms of location and adoption. Mostly due to the success of Tesla, more and more people are becoming aware of battery-electric vehicles (BEVs). However, that's not really the case with FCEVs. Is there a chance that fuel cell tech can eventually catch on and work to overtake battery-powered cars?

More On The Future Of FCEVs: 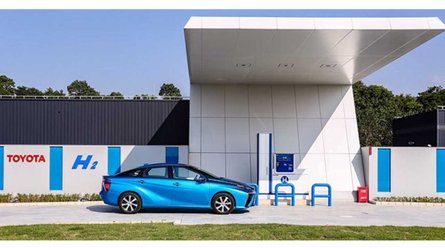 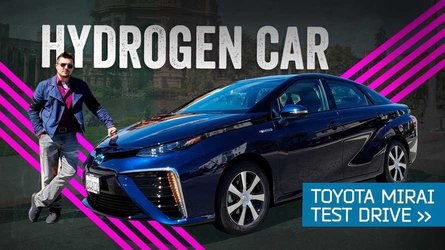 Battery-electric vehicles (BEV) have come a long way over a short period of time, mostly by virtue of the fact that electricity is readily available and charging infrastructure is continually growing at an increasing rate. Most people have electricity at home, and that has been true for many years. While road-tripping in a BEV might be an issue for people in some areas, that is quickly changing. Public charging infrastructure is nowhere near where it needs to be in order for BEVs to take hold immediately. However, we're currently entering a major transitional period. Thus, over the course of the next few years, this issue should begin to become a thing of the past.

Some questions to entertain:

How many people have the ability to charge an FCEV at home? Where are hydrogen fueling stations available? How many FCEV vehicles are currently available, where can you get them, and how much do they cost?

The answers to these questions are obvious to most. Charging your FCEV at home is a "no go." There are only a few cars available with the technology, they're not cheap, and you can't get them in most locations.

But, but, but ... some of this was the case with electric vehicles initially as well. However, most people could always charge a BEV at home; there are several electric cars available in many areas; and charging infrastructure -- while limited in some areas -- does exist.

The real question here is ... why are we even asking if FCEVs can gain traction?

Two Bit da Vinci dives deep into some of the best sources surrounding this topic to provide us with his take.