Why Can't OEMs Dial It Up And Overtake Tesla In The EV Race? 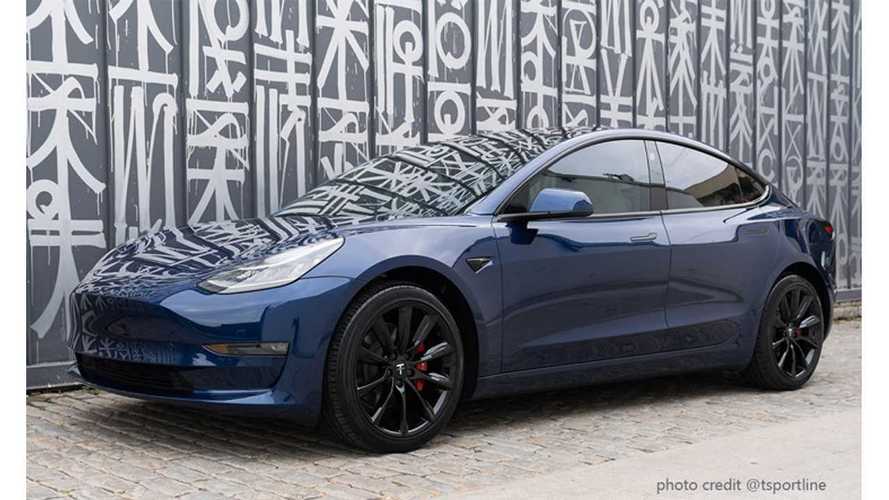 In what must be one of the longest headlines in history, Bill MacDonald asks, “Why don’t bigger car companies such as Ford start producing electric cars, eliminating Tesla’s presence in the emerging market, thus claiming said market share for themselves?”

The answer, as MacDonald reveals in a recent article published in Quora, is simple: Because they can’t.

Many have mocked Tesla for “bleeding cash,” although Tesla would probably rather describe what’s been going on as “investing in new products.” As the legacy automakers expand their EV offerings, they will soon be bleeding cash as well, as one after another Big Auto exec has admitted.

The old-school OEMs can choose to bed down on a rock - build new factories and logistics networks for EVs - or on a hard place - dismantle existing facilities and retool them to produce EVs.

Either option is going to require massive new investment. How much? MacDonald figures it will cost “roughly the time and money that Tesla spent, minus some savings for being more efficient about it than Tesla has been. Even if you can do it 30% more efficiently than Tesla has done it, you are still talking about 11 figures .”

If and when the automotive giants do start producing EVs in volume, their woes will be just beginning. The greenie and techie early-adopter buyers have already gone electric, so once the volume market gets rolling, every buyer of an EV will be one less buyer for a dinosaur-burner. That means the automakers will be cannibalizing the ICE business that they are still paying big money to operate. Right now, they’re enjoying huge margins on gas cars, especially trucks and SUVs, but they aren’t able to earn anything like those margins on EVs - indeed they’re lucky to make any profit at all.

MacDonald sees that situation reversing over time. “The minute your EVs become competitive, you will slowly start making less and less money on ICEVs, as the volume drops and economies of scale reverse. The margins on ICE will dry up much faster than the margins on EV will grow. There will be a gap. During this gap, you will still be pouring cash into EV factories and logistics, while your profits have suddenly dried up.”

The worst parts of the story for the majors have to do with battery supplies and sales and support logistics. Today, only Tesla and BYD have control over their own battery cell supply chains (although Daimler has taken a step in the right direction with its acquisition of German battery-maker ACCUmotive). In order to secure enough batteries at a competitive price, the legacy brands will have to make massive investments of time as well as money, long before they start seeing much profit from EV sales.

Above: According to UBS, Tesla's batteries are 20% more cost efficient than the next best on offer from LG Chem (Source: Financial Times via UBS)

Furthermore, the majors’ business model is based on franchise dealerships, which MacDonald calls “a way of subsidizing the sales and support logistics of making cars, via the heavy cost burden of routine service and non-warranty repair.” But service revenues for EVs are sure to be much lower. As Tesla has shown, they may turn out to be virtually non-existent. How are the automakers going to respond when their dealers lose their most reliable income stream? “If they have a higher cost of routine maintenance than Tesla, their cars will be seen as inferior and people will buy Teslas instead. If they match Tesla’s lack of maintenance , their sales operations will go out of business and they will have to spend even more money to build a non-franchise sales and service operation just like Tesla had to do.”

In the end, the old guard will end up in the same situation they’ve been knocking Tesla for: “burning cash and being unable to generate profits, staring at a massive chasm of time and money that stands between them and re-established profitability.”

Tesla just barely managed to cross this Valley of Death three times, and the giant automakers, which have access to plenty of capital, should be able to do so as well. But some current trends are ominous. Auto sales are slowly contracting as more people opt not to own vehicles. Trade wars and high tariffs are also hurting, as are the costs of trying to keep up with rising emissions standards in some key auto markets. Some of the smaller and/or less well capitalized brands may disappear.

As MacDonald sums up, the legacy automakers are facing a hard choice: “Keep making ICEs and slowly watch your profits get eaten by Tesla, BYD, Nio, etc, or risk a dangerously expensive crossing through a transition period of cash burn and negative margins.”