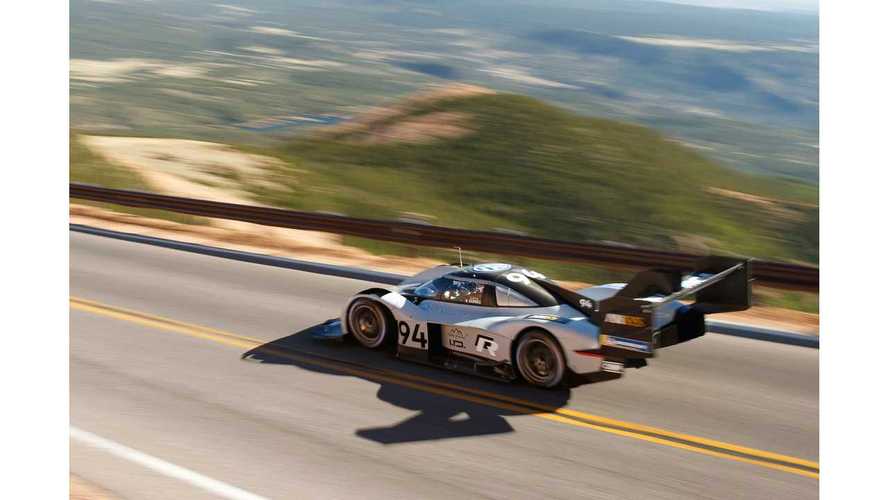 Check out the Volkswagen I.D. R before it attempts to set a new record at the Nürburgring

Let's say you weren't at the 2018 Pikes Peak International Hill Climb in Colorado but would like to see the I.D. R - the winner of the race and one of the quickest EV ever made? Here is how:

From December 9 until February 1, 2019, Volkswagen is presenting its all-electric racing car at the Petersen Automotive Museum in Los Angeles.

"From December 9, 2018 until February 1, 2019, the vehicle will be outside the Mullin Design Studio prior to the upcoming future-of-mobility exhibit “Driving Toward Tomorrow”. The exhibit showcases the automobile industry’s work in transportation design, engineering and infrastructure.The Volkswagen I.D. R Pikes Peak made history recently at the Pikes Peak International Hill Climb where it became the fastest car to complete the infamously treacherous race to the summit. Driving the 670 horsepower I.D. R Pikes Peak, driver Romain Dumas defeated all comers, including cars with conventional drivetrain technology. In doing so, he also broke the previous record for electric vehicles.

Other featured vehicles at the “Driving Toward Tomorrow” exhibit will include concept vehicles, making the I.D. R a perfect fit. The success of the car has helped amplify Volkswagen’s fully electric I.D. production vehicles that are scheduled to debut in the U.S. in 2020.

“It is an honor to have the opportunity to showcase the I.D. R Pikes Peak race car at a world-renowned museum like the Petersen. We are excited for members of the public to have a chance to see the record-breaking electric vehicle while it is on display, especially as it leads into the Petersen’s future-of-mobility exhibition.”

“As we head toward an electric future, we are proud to be at the forefront of the discussion. Through our collaborations with Volkswagen, we are able to showcase one of the most impressive electric cars in the world, inspiring our audience to be curious about the future of mobility and the implications it has on the automotive industry as a whole.”