Tesla Expected To Ship 3,000 Model 3 To Europe Weekly By February

According to the Belgian news agency Focus-WTV (via Teslarati), Tesla intends to ship to Europe about 3,000 Tesla Model 3 weekly, beginning on February!

That's a lot of cars - about 12,000 per month, which over the longer-term would place the Model 3 at #1 among all plug-ins in Europe, as the Nissan LEAF this year probably will fail to achieve an average of 4,000/month. 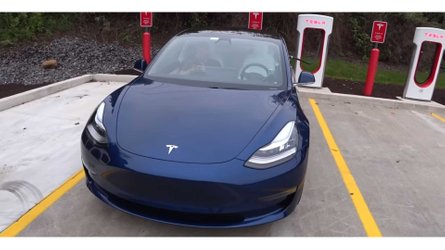 Transport of the Model 3 by the sea takes about 15 days (through the Panama Canal). Cars are expected to arrive in the Zeebrugge docks in Belgium.

Assuming that production of Model 3 will be: