The small crossover from the South Korean carmaker certainly has a lot going for itself.

Clearly, Tesla is still not ready to give you that $35,000 entry-level electric car. In turn, that means that some of the already available electric cars in that price range, ones that tick all the boxes, might eat away at Tesla's sales - even if just for a little bit. One of those, the 2019 Hyundai Kona, is considered by many as one of the best "next best things" to the more expensive Tesla models.

The Hyundai Kona makes for a perfect choice for your next electric vehicle. With a starting price of $36,450 - which can, if we subtract the $7,500 federal tax credit could come to a mere $28,950 for a fully battery powered vehicle. Then, there are the various state incentives that can reduce that number even more. If you live in California, for example, you could be looking at an overall starting price of just $26,450. In turn, there's not a lot of electric cars on the market that can beat its value for money

More about the Hyundai Kona 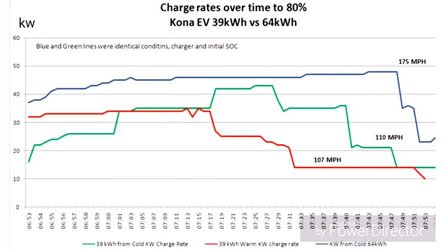 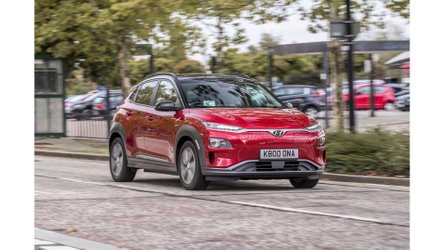 The Hyundai Kona electric is powered by a single electric motor powering the front wheels, delivering 201 horsepower and 290lb-ft (393Nm) of torque. In turn, the Kona will be able to sprint from 0-62mph (0-100km/h) in around 7.5 seconds. However, it's the range that really makes a difference with the Kona: thanks to its 64 kWh battery, it will come with an EPA estimated range of 258 miles (415 kilometers). In comparison, the entry-level Tesla Model 3 comes with a similar EPA estimated range of 260 miles (418 kilometers). On the other hand, a more comparable (model and size wise) Jaguar I-Pace, comes with an EPA estimated range of 234 miles (376 kilometers) - but with a starting price tag of $69,500 - way more than the Hyundai Kona electric, by all means.

No wonder that many are calling the Hyundai Kona the next best thing to the more expensive Teslas. The video below gives us a detailed look at the entry-level electric crossover from the South Korean carmaker. It dives into the design details, shows us its several performance aspects and gives us an in-depth view of the various features of the Kona in general. In turn, this provides a lot of backing towards labeling Kona as the next best thing since to the Tesla.

Sales start in early 2019, and we have no doubt we'll be seeing the Kona in large quantities over the next couple of months. Furthermore, Hyundai is not over the tax credit limit, so the limitations that Tesla will face are still yet to be experienced by this carmaker. Overall, all the positive aspects, the tax credit and the rather impressive bang for buck aspect, will probably make the Hyundai Kona electric one of the highest selling EVs in the next year.