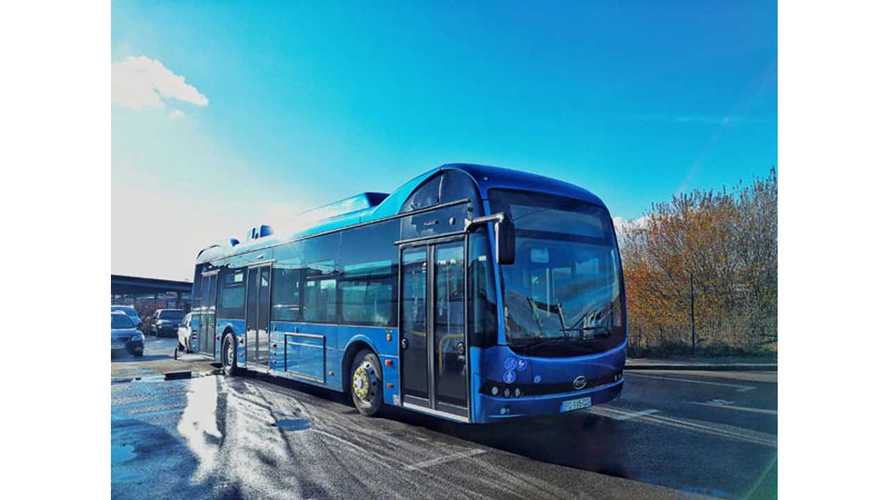 BYD produced the first EV bus in France, for France

BYD happily announced that its BYD France division produced its first two electric buses in it new plant in Beauvais. The French facility is the second in Europe, after the plant in Hungary.

The two 12-meter electric buses were delivered to the Agglo du Beauvaisis, the community of the Beauvais area and will drive up to 160 km (100 miles) a day, on a single charge by French bus operator Transdev.

For BYD, it's the first delivery of electric buses to France, despite the fact that the company already sold over 600 in Europe and over 35,000 worldwide (mostly in China).

"Beauvais is the first city in France to order BYD electric buses and this will be the first time ebuses run in normal service in the Beauvais area.

The BYD buses are planned to start operation in Beauvais this month and will be running daily from the Beauvais-Tillé airport to the City Hall and train station, as well as on an express liaison shuttle bus route to the hotels.

The vehicles, operated by French bus operator Transdev, will drive up to 160km a day and will be charged overnight at Corolis, a Transdev network Depot in Beauvais and are then able to operate the whole day on a single charge.

The ebuses will be officially delivered to the Agglo du Beauvaisis at an event scheduled this Saturday 8 December at 11 am in front of the Beauvais Cathedral."

“We are very pleased to deliver our first ebuses to Beauvais, the region where our plant is established. The French electric bus and coach market is one of the largest in Europe, and that is one of the main reasons why we have chosen our production site to serve the French market to be in Allonne. Here we can optimally serve our French clients, we are close to our customers and we can produce tailor made ebuses with our team of local employees. BYD has the capacity to make zero emission French-built electric buses in line with the spirit of the 2015 Paris Climate Summit.”