Engineered to keep battery in the Goldilocks zone.

The heart of an electric vehicle is its battery. How it's engineered can make huge differences that may not be apparent at first blush. In the video above, EV YouTuber Bjorn Nyland points out an issue with some new battery-powered vehicles that may help you appreciate how much Tesla got right with its first new-from-the-ground-up Model S. It's all about cold-weather charging.

More about EVs in cold weather 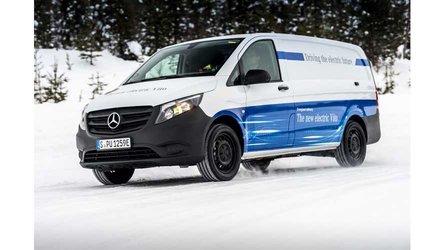 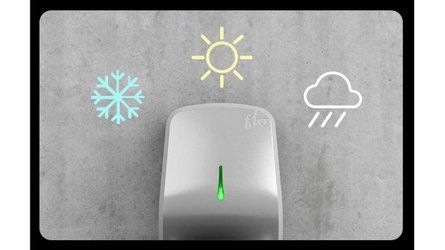 Is Your Charging Station Ready For Winter?

In the footage, Nyland begins by recounting his time recently with the new Kia e-Niro (it will be called the Niro EV in the U.S.). By all accounts, the compact electric crossover is pretty great, but no car is perfect. We suggest you take the time to watch the full 22-minute video, but basically, he found that he couldn't take full advantage of the power available from high-speed chargers in cold weather. This is because lithium batteries, as they exist today, cannot charge or discharge as quickly in the cold as they can at higher temperatures.

This means that even if you pull up to a 150 kW charger, for example, you may only be able to see much lower power rates. This is because the battery management system (BMS) will curtail the power to protect the cells. As power flows in, the temperature of the cells may rise and allow higher energy levels, but it's unlikely you'll reach the same power amounts as on a warm summer day.

Of course, for most owners charging at home, this is not an issue they'll have to deal with. If they do, they only real issue would be that stops at charging stations could be longer than expected. And as we inferred above, the issue isn't limited to the Kia crossover. Nyland reports that the Hyundai Kona Electric can also suffer from this same shortfall, as can the more upscale Jaguar I-Pace.

One brand that seems not to be similarly affected is Tesla. Nyland recounts that even his 2013 Model S could charge at the normal Supercharger speeds in the dead of winter. The Tesla pack is designed to keep its cells in the Goldilocks zone — not too hot, not too cold — using a mixture of insulation, heating, and cooling.

He does mention, however, that this may not be every Tesla owner's experience. Interestingly, he theorizes that when travelers use the navigation system to route to a Supercharger, the car knows to prepare the battery so that the cells will be at an appropriate temperature upon arrival. If they just happen to stop at the company's high-speed charging location, they may not be quite as prepared and take a bit more time.

It all just goes to show that, contrary to comments you might read on the internet — even sometimes from seasoned automotive writers — building an electric car isn't just a matter of stuffing batteries in a box and then using the energy to power electric motors that have existed for the past century. There is a lot of sophisticated software and technology involved. While we have every confidence that vehicles from all brands will improve over time, it seems clear to us that in this respect, at least, Tesla is ahead of the game.