BMW Invests Big Bucks To Prep Factory For i4 EV

BMW invests €200 million in Munich plant to handle i4 production

BMW decided that the upcoming BMW i4 (based on the BMW i Vision Dynamics concept) will be produced from 2021 in its headquarters - in the Munich plant in Germany.

To make that happen, BMW needs to invest around €200 million ($226 million), to adapt the facility for another model (on top of BMW 3 Series, 4 Series and M4). That comes on top of more than €700 million already invested in the past three years (expansion of the body shop and the assembly and building a completely new paint shop). 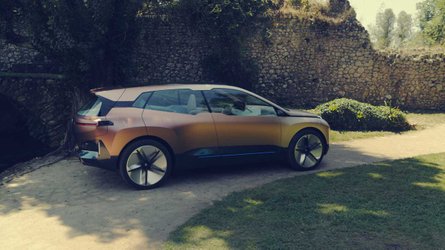 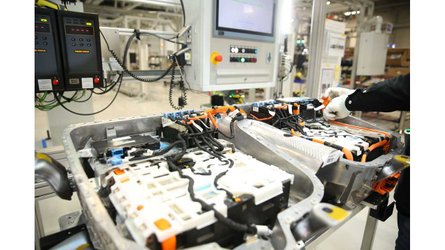 BMW To Start Manufacturing Electric Car Batteries In Thailand In 2019

The idea to produce several models of different types (conventional ICE, plug-in hybrids and all-electric) in the cramped Munich plant maybe saves some cost and adds flexibility (in case of market developments), but it also brings new challenges:

"The integration of the BMW i4 requires extensive measures, especially in body shop and vehicle assembly. The body concept of the vehicle differs significantly from the architectures of the models previously produced in the Munich plant. For example, the high-voltage battery of the BMW i4 in bodywork requires an almost completely independent floor assembly including rear triangle.The task of the planning specialists is to design the complexly linked production lines so that the more than 1,000 robots can not only produce the bodies of the BMW 3 Series, 4 Series and M4 every minute, but also the special body of the BMW i4.

The integration of the BMW i4 also poses assembly challenges. And here too, among other things, the battery plays an important role. In order to be able to install the high-voltage accumulator in the vehicle, the planners have to accommodate extensive and space-intensive conveyor and system technology in the already cramped Munich workshop.

In addition, the BMW i4 brings a considerable amount of effort to the logistics and material supply of the plant. Many components of the i4 differ from the components of conventional vehicles. This in turn means additional component variants and thus an increasing number of goods flows to be controlled."