That doesn't really come out as a surprise. After all, it's a Porsche. An electric one. What's not to like?

Given the fact that the Porsche Taycan is scheduled to enter production in the middle of 2019, with deliveries beginning even later in the year, one might think that the preorders for the forthcoming high-performance vehicle from the German carmaker are still rather slow. However, that simply couldn't be farther from the truth, as right now, Porsche is raking in the Taycan preorders at an astonishing pace. 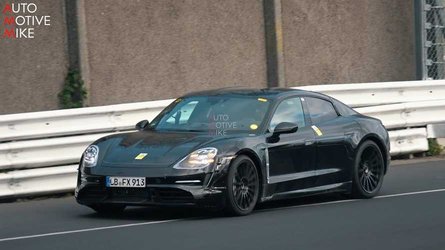 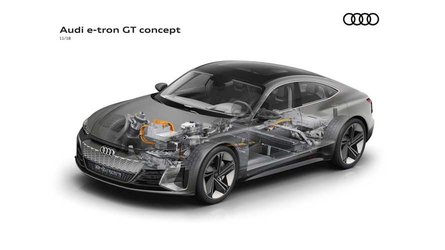 According to the company CEO Oliver Blume, the preorders are coming in at such an astonishing pace, that the carmaker was even forced to revise and increase the planned yearly capacity for this vehicle. Furthermore, speaking to CNET at the L.A Auto Show, the Porsche USA CEO Klaus Zellmer stated that if all the people who preordered the car actually end up buying it, then they would be sold out for the entirety of the first year.

While nobody was really sure whether Zeller spoke of just the U.S. market alone or the entire world, but it certainly brought a lot of question marks rising above the heads of automotive industry pundits these days. And in true fairness, it also brought a lot of attention to the forthcoming EV model from the Zuffenhausen based carmaker.

Additionally, some of the information revealed in the recent few weeks, even push the production numbers from the 20,000 that Porsche first planned, all the way to a whopping 30,000 units, split between the Taycan sedan and the rather fetching Taycan Sport Turismo. To put things into perspective, in 2017, Tesla delivered 101,312 Model S and X vehicles. This was a 33% increase over 2016.

While all of this is rather fascinating, to anyone that's been even remotely familiar with the automotive industry in the last 10 or 20 years, this doesn't really come as much of a surprise. After all, Porsche has a loyal customer base, high satisfaction ratings and the well-documented appeal of their cars. In turn, all of these items can ensure the high demand for their upcoming electric vehicle - even before the first units even roll off the production line. And Porsche, in true fairness, almost certainly planned for such events to unfold. After all, they've given their Zuffenhausen facility, which will be upgraded to build the Porsche Taycan EV, a dedicated assembly line and paint shop.

Still, probably the most impressive bit of info about the Taycan preorders are who is actually signing up for it. According to Zellmer, almost half of the people who signed up are potential customers who never owned a Porsche in their life. But for Porsche, the key bit of info is where do these buyers come from. According to Zellmer, these customers are people coming from other high-end brands. People from Audi, BMW, Mercedes ... and ultimately, Tesla.

"Typically, if we look at our source of business," he said, "people coming from other brands, it's Audi, BMW, or Mercedes. The No. 1 brand now is Tesla."

You can say what you want about legacy carmakers being slow to dive the waters of EVs. But they are here, and they don't mess about. And for the most part, it will be us, the customers, who will benefit the most out of these trends as even better and better EVs, showcasing improved performance, better driving dynamics and ever greater range will hit the market. But, as somebody I know once said: "An electric Porsche? That sounds disgusting and pretty scary at the same time."