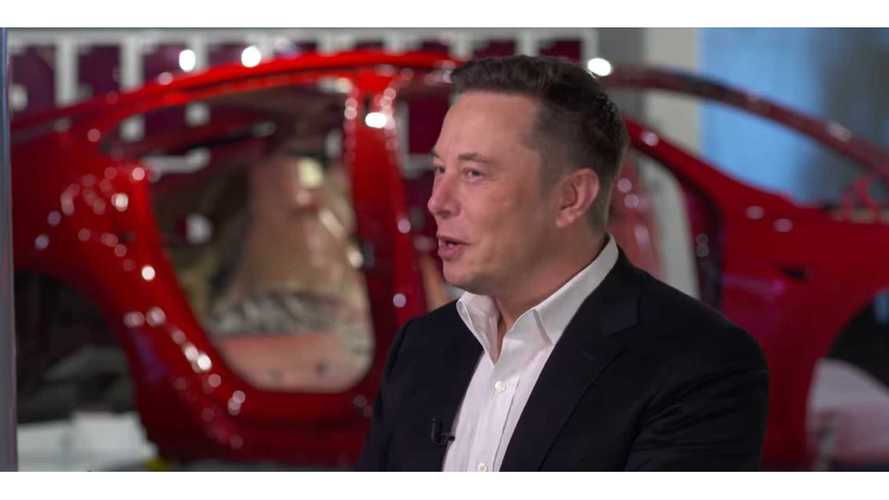 Perhaps the base Tesla Model 3 will come in five or six months?

Tesla CEO Elon Musk says he's not the most punctual individual. He explains that he's dumb at predicting dates, but that surely doesn't make him dishonest. Musk is one of very few CEOs that regularly "talks" to the public via social media. He has no problem speaking his mind and sometimes types things that he may later regret.

Some would argue that Musk is too honest, though they may appreciate that he's so open and real. Others call him a liar and claim that his Twitter "mistakes" are calculated. Nonetheless, in his recent interview with 60 Minutes, Musk offered a new guess about the launch date of the $35,000 Model 3.

People have been waiting for years for the base Model 3. There have been plenty of guesses concerning its arrival, but the car's launch date keeps getting pushed back further. Some people even believe the car will never come. Still, Musk has continued to assure that it's coming, but "when?" is the question.

The CEO has made it clear that Tesla must be in a position of profitability in order to successfully launch the least-expensive Model 3 variant without facing dire financial consequences. Tesla finally showed a profit last quarter, and the automaker has been selling a slew of more expensive models to get to a point that profitability is consistent.

Of course, in the recent 60 Minutes interview, Lesley Stahl brought up the $35,000 Model 3 topic. Musk said he believes it will be available in five or six months. The company's goal is to get it out in less than six months, but again, Musk makes it clear that this is just a guess and admits that predicting is clearly not something he's good at.

He says that the car itself has to be profitable before Tesla can ship it. While he doesn't come right out and say it, this likely means that today the base Model 3 would still sell at a loss. Musk also shares his opinion that a failure to meet these deadlines should not be construed as him trying to mislead people.

We should also point out that Musk is currently on Twitter complaining about the way 60 Minutes edited his recent interview. With hours of footage to work with, the 14-minute segment doesn't paint the whole picture. He even goes so far as to say that the publication should release the entire transcript so that his words aren't taken out of context. So, it's hard to know exactly what was said in the interview regarding the $35,000 Model 3, as well as all other topics.

This is a very misleading edit. Please post the full transcript where I complete the sentence.

You’re right. There was a ton of footage with many people at Tesla that would be great to share. Longer pieces like we did with @MKBHD tell a more interesting story.

We hope to have the opportunity to publish an article by Musk someday, and we'd love to provide our readers with an unedited interview with the CEO in the near future. Fingers crossed!