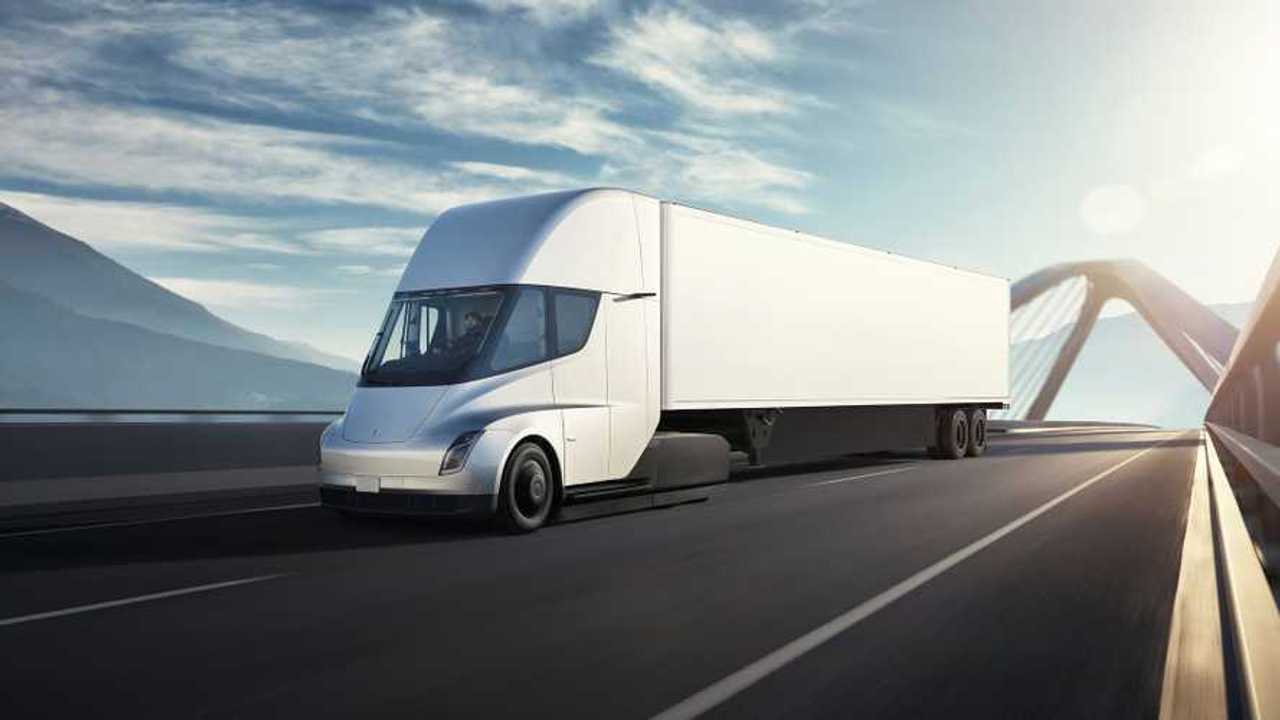 CUMMINS TALKS TESLA, ELECTRIC TRUCKS, AND THE NEED FOR A CARBON TAX

The Tesla Semi has captivated scores of corporate customers. Pre-orders for Elon Musk's electric trucks are growing. Competitors, however, aren't so impressed. The Wall Street Journal spoke with a potential adversary in the trucking space, Cummins, for their take on Tesla, electric trucks, and their thoughts on how governments around the world should deal with carbon emissions.

Above: A look at the Tesla Semi (Image: Teslarati via @Rec1pr0city)

Wall Street Journal's Greg Ip writes, "What will make a bigger difference to global warming: sleek electric sedans like those made by Tesla Inc., or heavy duty trucks, powered by the sort of engines that Cummins Inc. is testing at its research center here just south of Indianapolis?"

Ip argues it's the latter. "Most of the world thinks like a Cummins customer, not a Tesla customer. A Tesla buyer isn’t trying to save money: It is 'an emotional buy,' says Wayne Eckerle, Cummins’s head of research. Cummins customers are commercial truck operators: 'They don’t buy on emotion. At all.'"

Unlike Tesla's commitment to an all-electric approach, "Cummins is spreading its bets, developing a mix of electric, hybrid and natural-gas powered motors for small and medium-size trucks. But long-haul heavy trucks will, for the foreseeable future, run on diesel." According to Ip, Cummins is concerned about electric trucks "costing a fortune" with batteries that "reduce payloads" while the act of recharging them would invariably "lengthen trips."

Regardless, the stakes are high for the trucking industry as a whole. "Though less numerous than passenger vehicles, trucks collectively emit almost as much carbon dioxide because they travel further and weigh more. According to the International Energy Agency, road freight accounts for 35% of transport-related greenhouse gas emissions and 7% of total emissions," notes Ip.

Cummins, however, is perplexed over policies surrounding the uptake of electric vehicles. Eckerle says talk in Europe of a 50% reduction in carbon emissions would mean “legislating the internal combustion engine out as we know it today. The U.S. is doing nothing like that.”

Instead of encouraging incentives for electric vehicles, Ip reports that "Cummins would prefer a carbon tax: By forcing customers to internalize the cost of climate change, it would naturally incentivize them to pay up for lower-emission technology, no matter the fuel type."

“If we want rules that are more effective, decide the end result we want and let technology compete for the best solution,” says Cummins' Chief Executive Tom Linebarger. “Carbon taxes are much better than all the other choices.”