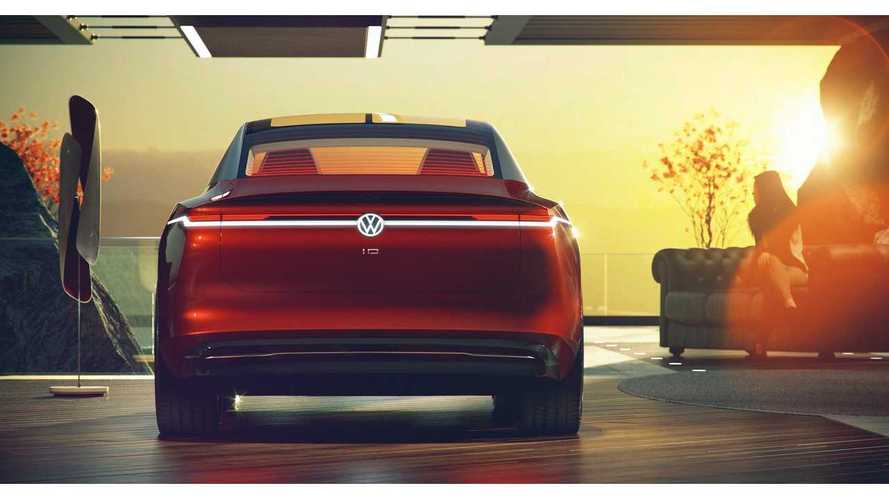 VW is developing a 7-seat all-electric SUV for the U.S. and China

Volkswagen is expected to unveil its fifth electric car from the I.D. family - the I.D. Lounge (internal name) - at the Shanghai Auto Show in April 2019.

We already heard about I.D. Lounge in mid-2017 due to a leaked slide, which shows the I.D. AEROe too. Both models are envisioned for the U.S. and China.

Volkswagen Starts Final Countdown To Phase Out Of Gas, Diesel

The I.D. Lounge will be a Touareg-sized SUV, premium 7-seater, that could become a competitor to the Tesla Model X and NIO ES8 according to Autocar.

"A seven-seat SUV, which goes under the internal working title ID Lounge, will be revealed at the Shanghai motor show in April. It is being developed as a luxurious range-topping model with exterior and interior dimensions similar to the German firm’s new third-generation Touareg."

Market introduction is expected in 2021 and probably it will be on the maxed MEB platform spec - with 111 kWh battery (biggest in the I.D. concept specs) with two 150 kW electric motors for all-wheel drive.

Besides I.D. Lounge, Volkswagen will introduce two independent body styles of I.D. Crozz - one a more conventional high-riding SUV and one with a coupé-like profile. We already saw similar tactics with the Audi e-tron and Audi e-tron Sportback.