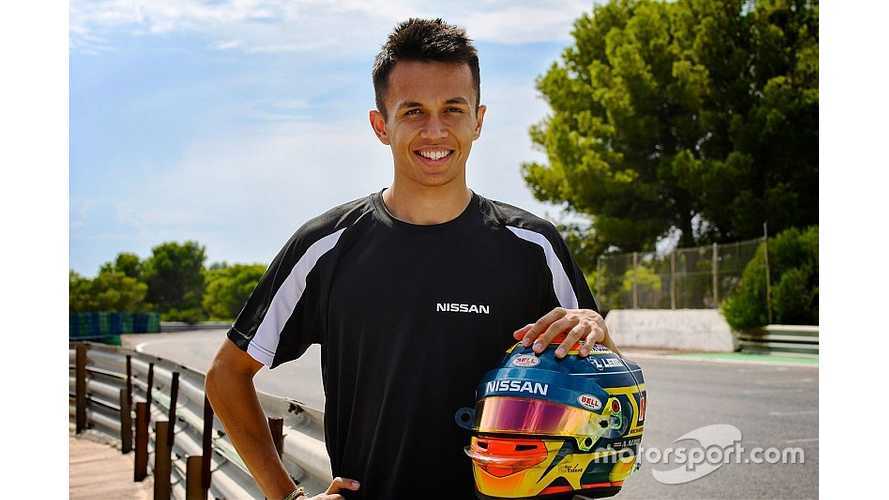 Nissan e.dams team principal Jean-Paul Driot says the door is not closed for Alexander Albon to one day make a return to the ABB FIA Formula E squad.

British-born Thai driver Albon signed a deal to partner season two champion Sebastien Buemi at Nissan (nee Renault) in September, after his attempts to find a Formula 1 seat for 2019 appeared to have failed.

However, before Albon even drove Nissan’s Gen2 car in pre-season testing, Red Bull enquired whether his contract could be wound up and targeted him to partner the returning Danill Kvyat at Toro Rosso.

Driot ultimately agreed to release Albon from his contract, replacing him with Oliver Rowland, and tweeted his support for the 22-year-old, saying “we cannot let good talents not to follow their dreams".

“It was just a normal reaction," Driot told Motorsport.com. "I never write a tweet in order to please people, I always write a tweet when I think so – so things are clear.

“Knowing the drivers, the way I know them, how stupid would I be to be vexed or upset when you have a guy, who I think has a lot of talent, who is asked to go into Formula 1?

“It wouldn’t be me to stop him and ruin his potential career in Formula 1.

“Motor racing at a very high level is small club and we always meet the same people year after year. We will see how it goes and perhaps he will be very happy to come back with us one day in Formula E – why not?”

Driot, whose DAMS Formula 2 squad ran Albon to third place in the 2018 drivers’ championship, explained his frustration with the contract situation was due to the way those around Albon handled the situation.

He claimed the outcome would have been the same even if Albon had driven in Valencia.

“It was a bad situation because he was there, he didn’t know what to do and he was embarrassed like we were,” Driot continued.

“When you are 22, you have the family pushing you like mad, sometimes they oblige you to be in a different position than you would like to be in.

“What upset me a lot is that if he had done the test in Valencia, things wouldn’t have changed. We would have negotiated for his contract to wind up and to go join Toro Rosso. Nothing would have changed.

“This is also why I wrote the tweet, because without some people pushing his direction, things would have been exactly the same as the conclusion, and in a much smoother way.”