NIO Improves Pace To More Than 3,000 ES8 Sales Per Month 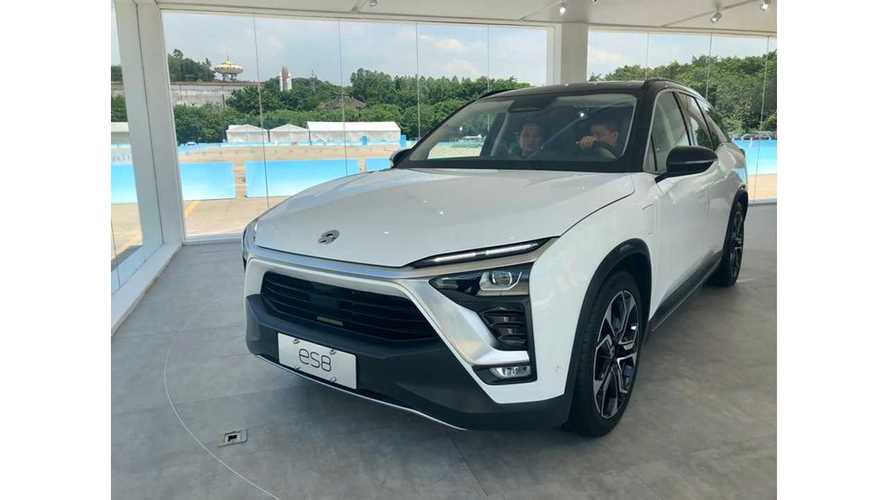 Chinese manufacturer NIO delivered 3,089 ES8 electric cars in November, which is almost two times more than in October. Total volume since introduction this summer reached 8,030, which is not a bad figure at all.

In several days, NIO plans to unveil its second premium SUV - the NIO ES6, which belongs to the more popular 5-seat segment (the ES8 is a 7-seater). Stay tuned for December 15, 2018, NIO Day.

"On December 1, 2018, the Company began accepting priority reservations for the ES6 from existing ES8 users and their invitees. Reservations from the general public will begin on NIO Day, December 15, 2018."

Deliveries of the ES6 will begin in June or July 2019.

Meanwhile, cumulative production of ES8 through the end of November exceeded the 10,000-unit milestone:

“In November, we continued our solid production ramp and accelerated deliveries of the ES8. Additionally, we have made significant enhancements to our software and service capabilities to better support the growing numbers of ES8s on the road. We are confident that, with improved integration and the dedication of our global teams, we will continue to deliver strong products and services to our users.”

“Further, we are excited to launch our highly anticipated ES6 on NIO Day, December 15, 2018. The ES6 is a 5-seater, high-performance premium electric SUV that features exceptional acceleration, a longer drive range and a lower price than the ES8.  Our annual NIO Day is designed to be a joyful event for our user community and will mark another exciting milestone as we launch the ES6, our second mass production car following the ES8,”

“We are pleased with our strong November delivery of 3,089 ES8s, which demonstrates our growing execution capabilities. With these strong November deliveries, we reaffirm our fourth quarter of 2018 target of 6,700-7,000 ES8 deliveries and second half year 2018 goal of 10,000 vehicle deliveries. Our current efforts are focused on the successful launch of the ES6 on NIO Day, with the aim of providing initial delivery by June or July of 2019. It is important to note that the Chinese market for premium 5-seater SUVs is multiple times larger than that for premium 7-seater SUVs.”