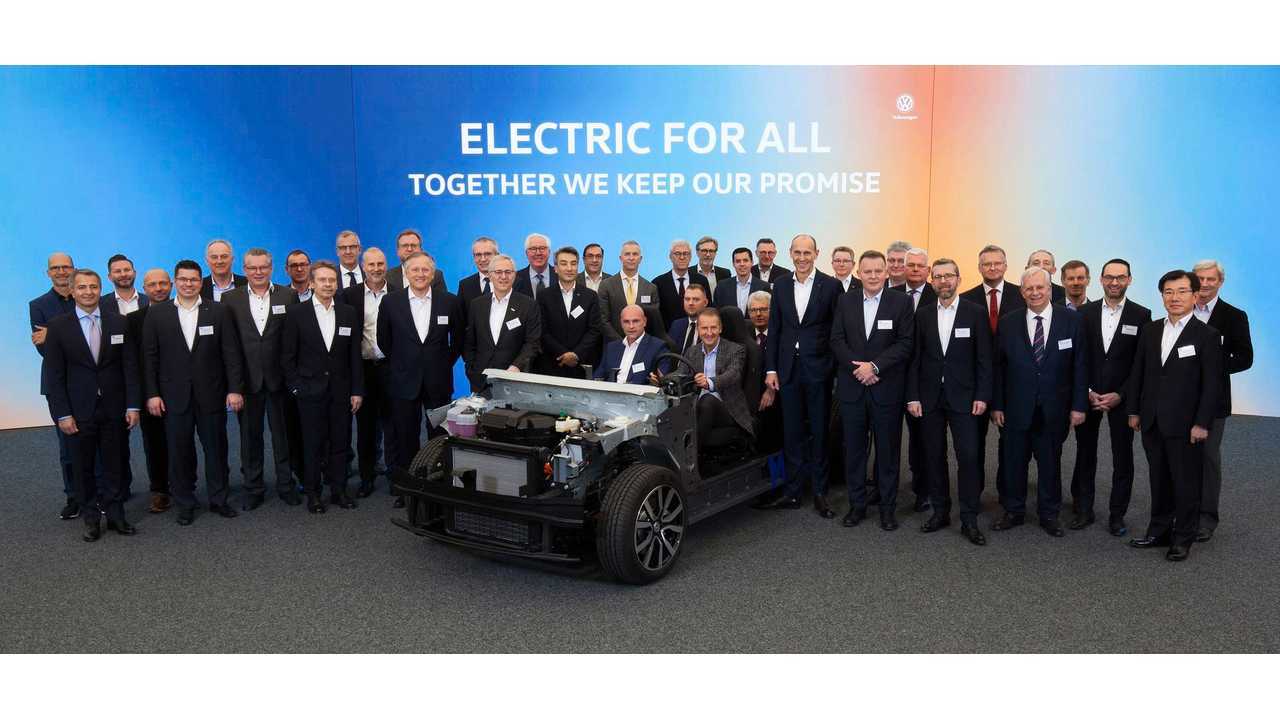 Volkswagen hopes to not enter production hell with I.D.

Volkswagen Group CEO Herbert Diess and brand Board members met with more than 30 CEOs from suppliers at the MEB Supplier Event, with whom VW is carefully preparing the launch of the all-electric I.D. family.

The importance of the first model, Volkswagen I.D. hatchback, is compared to the first Beetle or the first Golf. Production will begin at the end of 2019 at the Zwickau plant in Germany, which means that the original timeline was maintained.

Currently, Volkswagen is one of the smaller manufacturers of all-electric cars, but by 2025, the brand hopes to produce 1 million BEVs annually. The all-new Modular Electric Toolkit (MEB) platform is expected to be used in 15 million cars.

Total investment in e-mobility, digitalization, autonomous driving and new mobility services is about €11 billion by 2023 alone and more than €9 billion falls on the I.D. family.

"With the fully electric, fully connected ID., Volkswagen will be bringing onto the roads a new generation of vehicles that will set new standards for digitalization and connectivity. The ID. will always be online and connected to the Internet via an Automotive Cloud. Updates and upgrades will continuously make the car better. Against this backdrop, Volkswagen is stepping up its cooperation with software companies and developers. One of these companies is Elektrobit (EB) from Erlangen."

"In the case of the ID., Volkswagen involved its top suppliers in design and development at a considerably earlier stage and more intensively. Ralf Brandstätter, Chief Operating Officer and member of the Board of Management of the Volkswagen brand responsible for Procurement: “We have redefined our cooperation with suppliers. We say what we need and the suppliers tell us how they can produce it with the best possible quality levels as efficiently as possible. This means that we can rapidly incorporate the best innovations into the car. Customers benefit directly from this new type of cooperation.” Suppliers also appreciate this cooperation among equals."