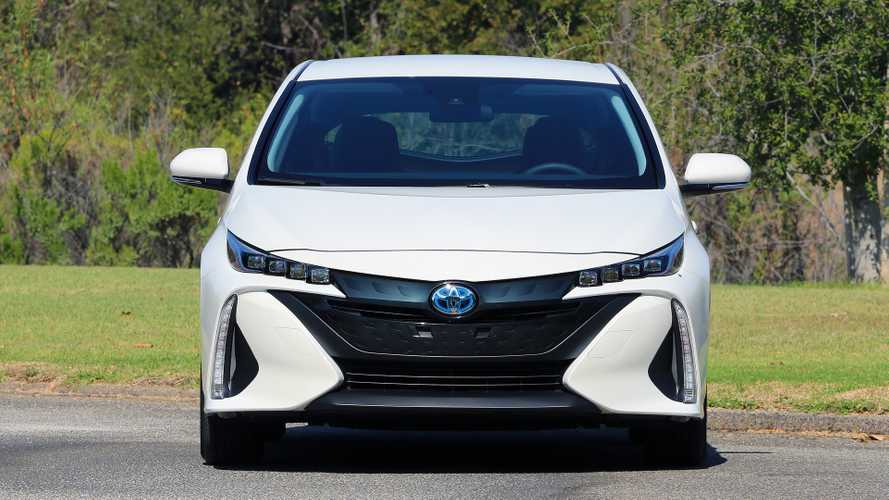 Toyota comes clean about why it's not producing all-electric vehicles.

Toyota has been at the pinnacle of "electrified" offerings for a number of years. Of course, this comes in the way of traditional (no-plug) hybrids that InsideEVs doesn't cover. More recently, the automaker brought forth its Prius Prime plug-in hybrid, which isn't the company's first Prius plug-in, but surely its most successful on our shores. Toyota has focused on hydrogen fuel cell cars for a time (and still is to a degree), and set all-electric cars aside. Now, the automaker says it isn't yet offering a BEV, simply because dealers can't sell them.

We can either congratulate Toyota for sizing the market and waiting patiently or reprimand the automaker for holding out and essentially slowing EV adoption. Those that follow the segment know that while major rival Honda has released the Clarity BEV in the U.S., it's only available for lease in a small market, and production levels are extremely low. Hyundai and Kia continue to come forth with all-new BEV entrants, but again, they are made in small batches for the U.S. market and only available in limited areas.

So, this plan by Toyota is not new. In fact, it's that course that seems to be followed by nearly every foreign automaker when it comes to offering all-electric cars in the United States. General manager of Toyota Motor North America Jack Hollis shared at the recent LA Auto Show (via :

If our dealers, and we just met with our national dealer council two weeks ago, if our dealers felt like there was a significant demand (for EVs) we would have already had fully electric and electric vehicles already on the road today.

Having that technology, which you’ll remember if you go back the electric RAV4 was one of the first electric offerings in the marketplace in the US, period. So the technology there and what we can offer is available, but like any good demand and supply economy, if the demand is low, do you really want to supply?

For those unaware, Toyota previously offered a RAV4 EV, which was discontinued in the U.S. Still, Hollis confirms that Toyota is not stepping away from new powertrain technology. He assures:

But I will say at the exact same time, there is daily investment going into fuel cell technology, BEV technology, plug-in technology and hybrid technology. And all four are part of our electrification strategy, so I do not believe that our dealers, and they would agree, that we should not go down just with an electric offering but we should with an electrification offering where we have a wider range of products, a wide range of energy sources and uses available. And that’s really what were pursuing, a wider range. And then as we go over time well be able to see where the marketplace moves. But at this point, there is no reason to race that to market.

We shall see if Toyota and other automakers see the potential in EV sales in the U.S. and not only come forth with new offerings, but also make them widely available. They may be surprised at the results if these cars are priced right and readily available. However, the only way to know is to take the plunge. Fortunately, most of these OEMs have the financial situation to do so without concern. Sadly, it all comes down to the mighty dollar, so we'll see ...