Rivian wowed the world when it debuted its high-performance adventure truck and SUV at the L.A. Auto show. Now comes word it may be teaming with Pininfarina: an outfit that has been wowing the world for decades. Don't look for the Rivian R1T or R1S to start strutting an Italian design, though. Instead, expect the startup's skateboard to underpin an SUV from the Mahindra-owned company.

More about Rivian and its products 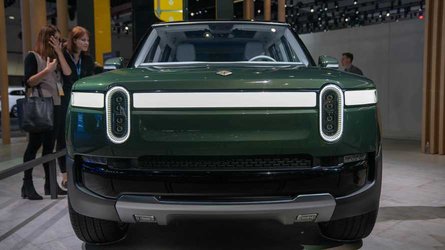 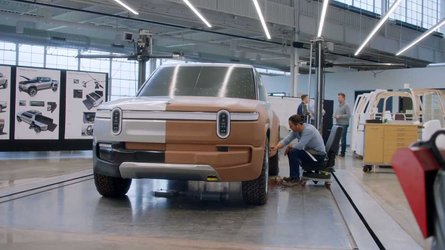 Rivian Shows Us How R1T Electric Truck Was Born

The styling pens of the design house have made automobiles from various manufacturers look beautiful since the 1930s. Now, however, it is about to become an automaker in its own right. Sticking with its strengths, it's not going to suddenly begin engineering drivetrains. For that, it is turning to outside companies. But instead of the using the long-established OEMs with which it has previously partnered, it is turning to new ones with high-performance electric drivetrain expertise.

Its first vehicle, the Pininfarina PF0 hypercar, will have its running gear supplied by Rimac Automobili. According to Autocar, the next offering from the firm will be an SUV called the PF1. And, they say, it will incorporate the formidable skateboard created by Rivian. We should note that at its stand at the L.A. Autoshow, the company had an example of its platform hanging from its own display. Maybe that was a hint that this foundation was its own separate product.

We reached out to Rivian for comment on the issue and were told that, "...while it is in discussion with several potential partners to leverage its technologies, it has not yet announced any formal business agreements."

If the collaboration actually happens, prepare to see a beautifully-styled SUV capable of 0-to-60 mile-per-hour sprints in the 3-second neighborhood. Autocar suggests that, like the Rivian-branded products, the PF1 will come with a choice of three different sizes of battery pack. The largest would return 400 miles (640 km) or more of range. Though it would also feature 4 independent motors — one for each wheel, which would enable the ultimate in torque vectoring performance — we imagine it would a little less off-road oriented. The Pininfarina FP1 would almost certainly take aim at a slightly more upscale audience and have a price tag to match.