More and more reviews point to the Honda Clarity PHEV as a solid choice.

Let's just start by saying up front, try to set the Honda Clarity's "interesting" facade aside for just a moment and see its potential as a top-notch entrant in the segment. Of course, that's not easy. But, let's not forget that there are plenty of folks out there that drive a Toyota Corolla or Prius, among many others cars that don't boast striking good looks. Nonetheless, they get the job done in plenty of other areas. So, with that being said, is the Clarity Plug-In Hybrid "mostly" the total package? 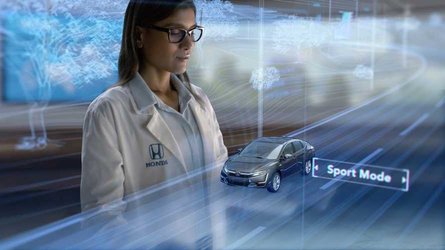 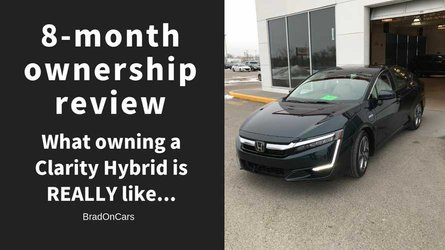 What's It Like To Own A Honda Clarity Plug-In Hybrid For 8 Months?

We've yet to find many reviews about the Clarity PHEV that tear it to shreds. In fact, just about every article we read about this Honda says it's first-rate in most ways. So, what makes this car the real deal, and where does it fall short? And, is its exterior styling really that awful?

Interestingly, this reviewer is actually enamored with the look of the Clarity. He says it almost has the aggressive vibe of the new sought-after Honda Civic, at least from the front. He's also impressed with the Clarity's trunk space, comfortable front seats, rear-seat room, and in-cabin storage. In addition, its responsive 8-inch touch screen with standard, up-to-date smartphone integration is a welcome addition that many cars only offer as an option. However, one of the best perks of the Clarity PHEV is its standard advanced driver assistance technologies. To learn more, watch the video.

What do you think about the Honda Clarity Plug-In Hybrid, aside from its exterior design? Have you driven one or do you own one? Please share your insight with us in the comment section below or on our Forum. We have lots of active Clarity PHEV threads over there that may help you out.

In this week's car review, the EZ-EV team took an indepth look at the 2018 Honda Clarity. Watch to see if this car is truly the ultimate plug-in hybrid.