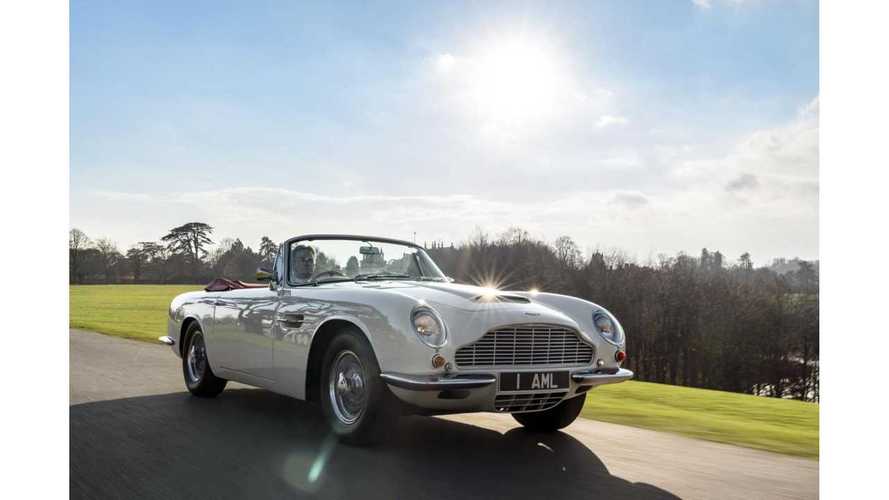 A new official Heritage EV program from Aston Martin Works will convert your classic into an all-electric equivalent, a process that's reversible thereafter

Electric conversions for classic cars are becoming more and more common, with the surgery relatively easy to complete. Going electric often brings a performance benefit, not to mention cheaper motoring, less maintenance, and no congestion charges to fear. Aston Martin Works has announced an official electric conversion program making the British marque, one of the first to do such work in-house.

Aston Martin will use the same battery electric technology that will soon appear in their first all-electric model, the Rapide E. The power unit is self-contained meaning that the original combustion engine can easily be refitted at a later date should the owner so choose. Management of the new EV system is via a screen ‘discreetly’ placed in the cabin of the classic.

The very first car to received this treatment is a 1970 Aston Martin DB6 MKII Volante, which was built by hand nearly 50 years ago at Aston’s old Newport Pagnell factory. Battery modifications sit on the original gearbox and engine mountings, meaning that modifications are kept to an absolute minimum. Aston Martin’s release states that ‘given the historical significance of these collectors cars it’s vital any EV conversion is sympathetic to the integrity of the original car.’

'We are very aware of the environmental and social pressures that threaten to restrict the use of classic cars in the years to come,' said Andy Palmer, Aston Martin Lagonda's president and group CEO.

'Our Second Century Plan not only encompasses our new and future models, but also protects our treasured heritage. I believe this not only makes Aston Martin unique, but a truly forward-thinking leader in this field.”

The DB6 Volante serves as a proof of concept for Aston, with the Works department readying itself for customer Heritage EV conversions in 2019. This is a pretty big step for the world of classic car electric conversions, with customers now able to go to Aston Martin itself to ensure their car's history is preserved post-conversion.

We think this is a great move from Aston Martin and wonder how long it will be before other manufacturers launch similar programs. Your move, Porsche.